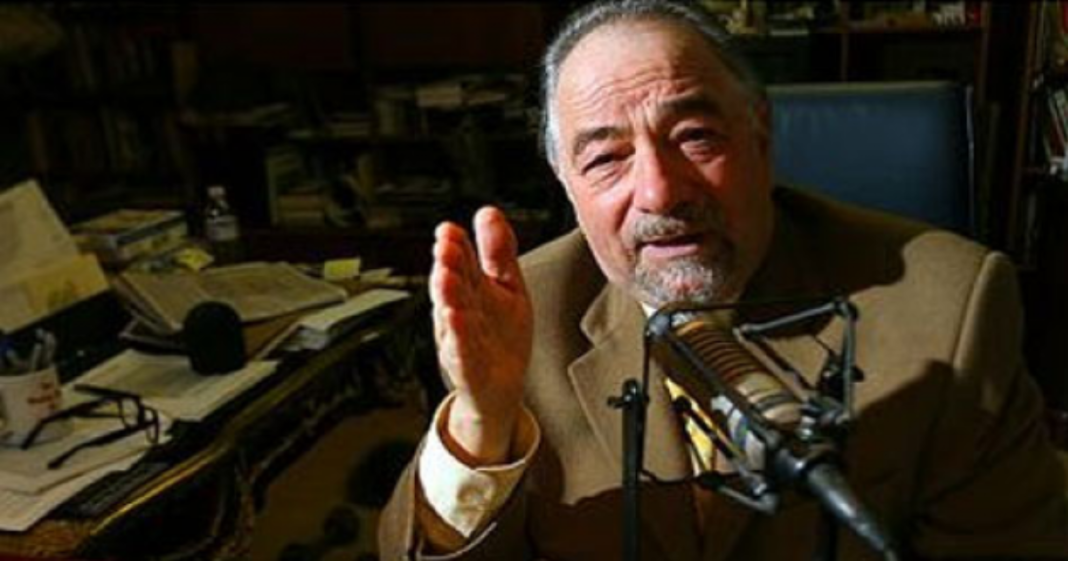 We talk about insane conspiracy theorist Alex Jones quite a bit, but there’s an even more insane creep who deserves our attention: Michael Savage just said that a National Enquirer story proposing that Obama sent a hooker to assassinate Justice Scalia is true because the government hasn’t sued the paper for libel.

If you’re not familiar with the National Enquirer, have you ever seen those silly magazines near the register in grocery stores? The ones who propose that Bat boy is a real thing or that Hillary Clinton is a lesbian. It’s the sort of stuff you know is a crock, but its fun to read through it and see what silly thing they will say next. On Scalia, the magazine had this to say about his death:

“In a bombshell world exclusive, The National ENQUIRER has learned that U.S. Supreme Court Justice Antonin Scalia’s death was a highly planned ‘political assassination’ orchestrated by the CIA and carried out by a $2,000-a-night hooker! A top Washington, D.C. source said the Feb. 13 death of the 79-year-old jurist at a remote Texas ranch just 15 miles from Mexico was part of a ‘shocking conspiracy that tracks back to the CIA and the White House!'”

Savage featured this story on his AM radio show and argued that “if these statements are all false” then “why haven’t they been sued? . . . How did they get away with publishing it?”

Listen if you dare.