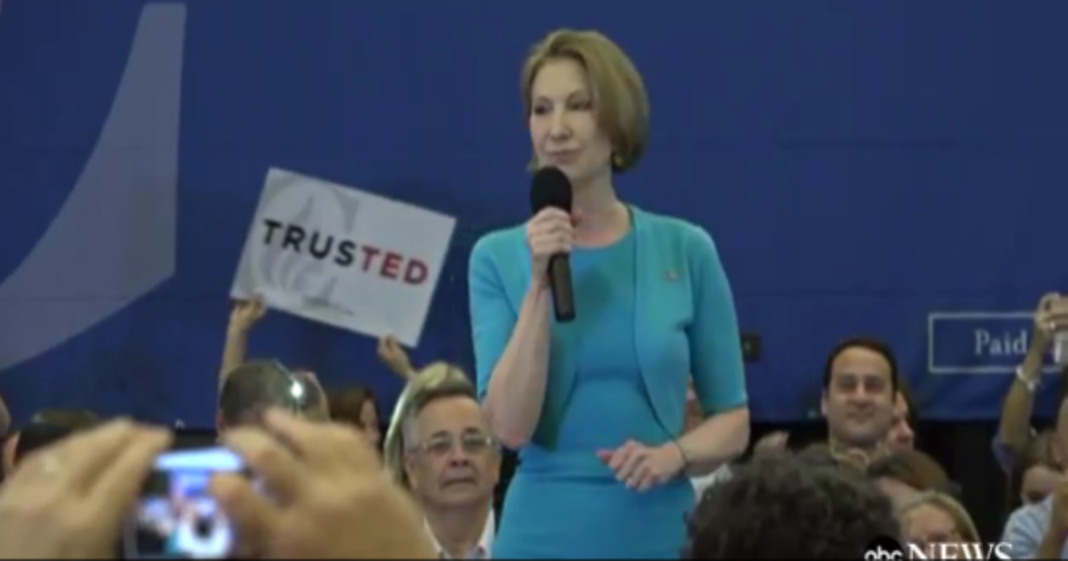 During a Ted Cruz rally in Miami Florida on Wednesday, a surprise guest appeared to throw her support behind the Tea Party candidate. Wearing a sky blue dress, Fiorina appeared surrounded by an audience waving Ted Cruz signs and passionately campaigned for her one-time opponent.

When Fiorina suspended her campaign almost exactly a month ago, there was no indication about who she would be endorsing in the election. This appearance is a surprise one, but there is no evidence that her support will do much for Cruz who is still failing to deliver in the primary.

Fiorina’s pro-Cruz speech came across more strongly than any campaign event she performed while running for president. Fiorina claimed that Cruz was the ideal candidate to fix issues of immigration and to preserve Conservative ideals.

It became clear that Fiorina was so impassioned for Cruz partly because of her clear disdain for Trump.

“Donald Trump and Hillary Clinton are two sides of the same coin. They aren’t going to reform the system, they are the system.”

And to those who say that Cruz has too many enemies in congress? Fiorina says, “you go Ted!”