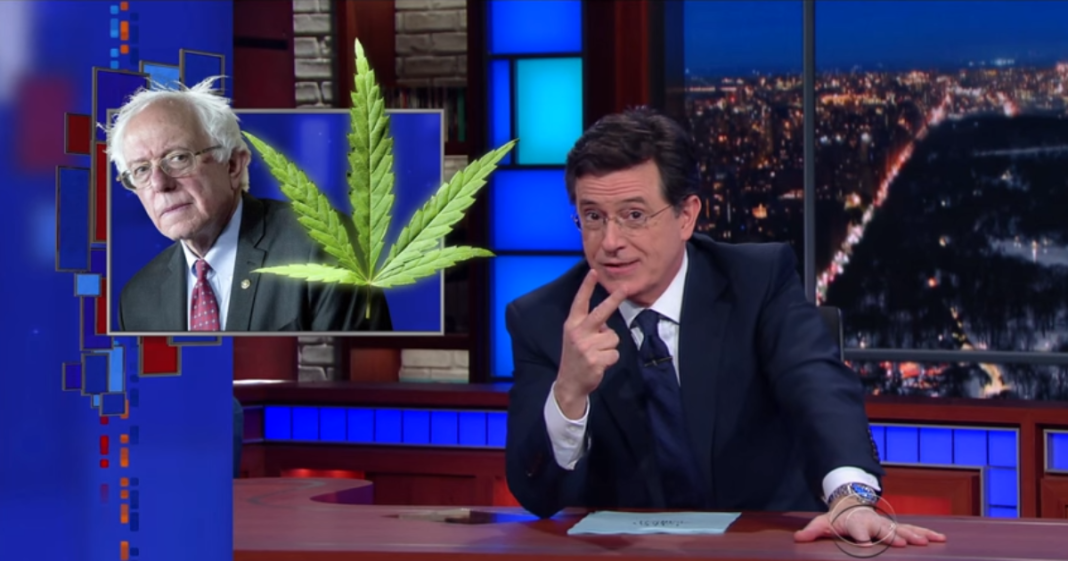 During Tuesday’s episode of “The Late Show,” Colbert made a big deal of the fact that Senator Bernie Sanders told an audience this week that he had smoked marijuana twice in his life.

Colbert mock-cheered and questioned why the audience was so excited that Sanders had smoked marijuana. Colbert also joked that Sanders supporters have also smoked weed twice – since the beginning of his sentence.

“He expects us to believe that he only smoked pot twice? Was one of those times for ten years, Senator?”

Clearly, the fact that a presidential candidate who is so openly against the criminalization of marijuana and who wants to reduce the number of nonviolent drug offenders in prisons would also admit his own drug use is progress.

Those who have known Sanders for decades apparently always knew that he was not the type to partake. But that doesn’t make the people laugh, does it?