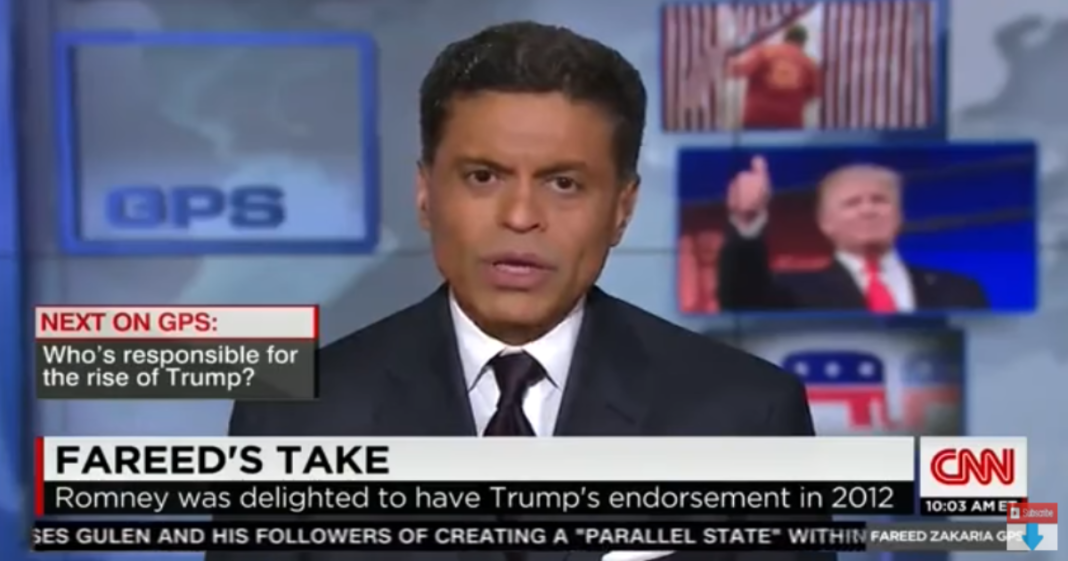 CNN host Fareed Zakaria examined the conservative panic to remove Donald Trump from the race, saying that every Republican politician who did not condemn Trump from the start is at fault for his staying power.

Zakaria pointed out that that while Romney has come out strongly against Trump now, back in 2012, he used Trump’s birther controversy in his stump speeches, joking that no one was asking to see his birth certificate.

“Republicans have fed the country ideas, decline, betrayal, and treason. They have encouraged the forces of anti-intellectualism, obstructionism, and populism. They have flirted with bigotry and racism. Trump merely chose to unashamedly to embrace all of it, saying plainly what they were hinting at for years. In doing so, he hit the jackpot. The problem is not that Republican leaders should have begun to condemn Trump last year, it is that they should have condemned the ideas and tactics that led to his rise when they began to flourish in the last century.”