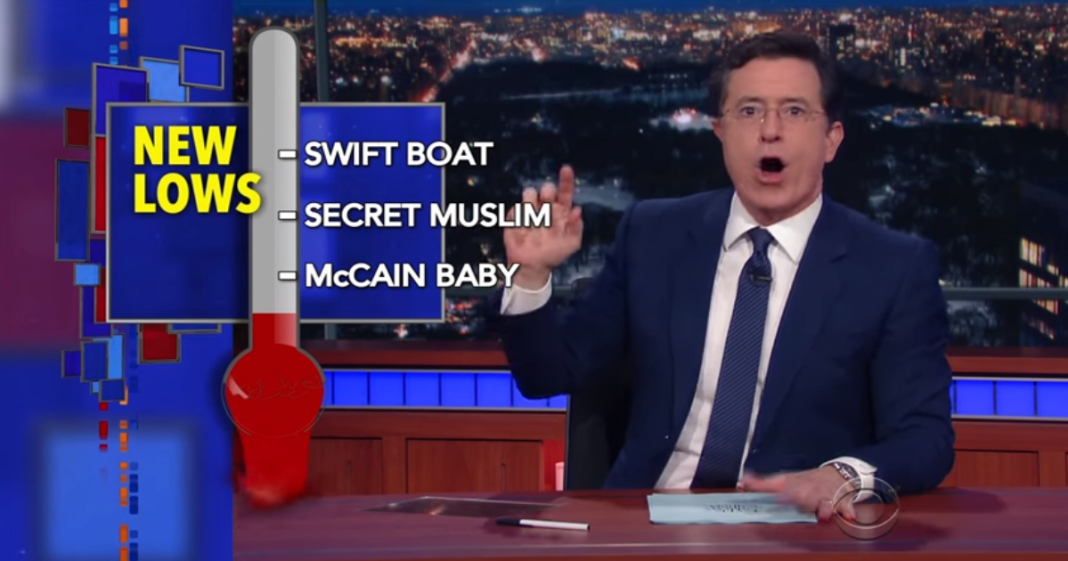 Stephen Colbert returned to “The Late Show” on Monday with the stunning revelation that last Thursday’s debate placed American politics at an all-time low.

Colbert was in disbelief that the jokes he was able to make about the presidential race were “legitimate,” even though they were penis-related.

Colbert listed off previous “lows” on the GOP scale, but noted that the references to genitalia and insecurities about hand size were about as low as it could possibly get. That is, unless Trump started punching the other candidates in the nuts or giving nothing but a belch as a closing statement.