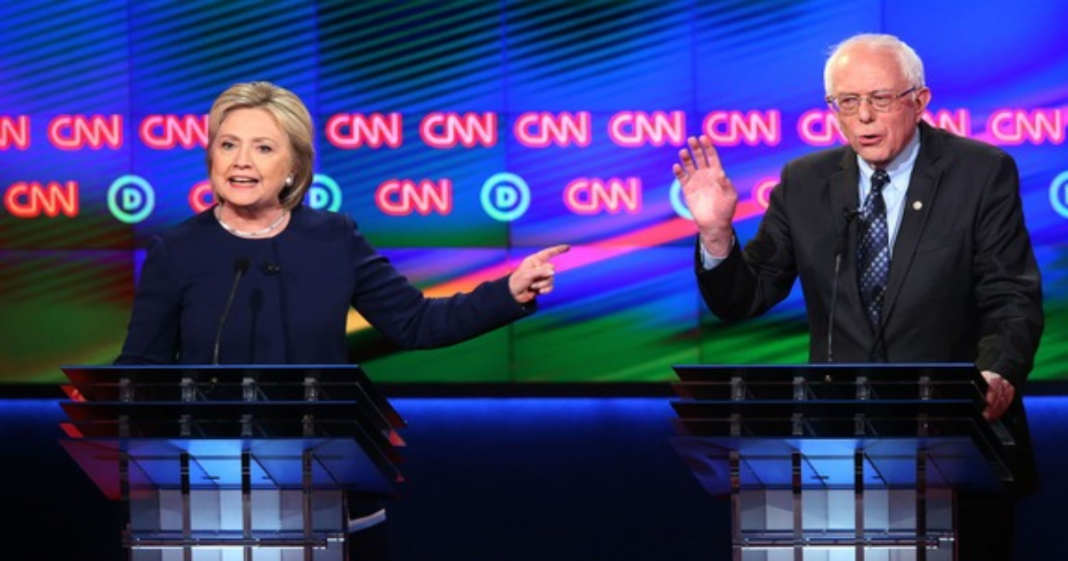 Sunday’s Democratic debate was a lively one with both candidates fighting to be heard in the days leading up to a handful of important state primaries.

During the event, the issue of Hillary Clinton’s speech transcripts again came into question when moderator Anderson Cooper asked Bernie Sanders if Clinton’s promise to release transcripts if all other candidates do so as well was satisfactory. Sanders replied that he, the only other Democratic candidate, was absolutely willing to release his Wall-Street speech transcripts before tossing his hands in the air and revealing that he doesn’t actually have any to release.