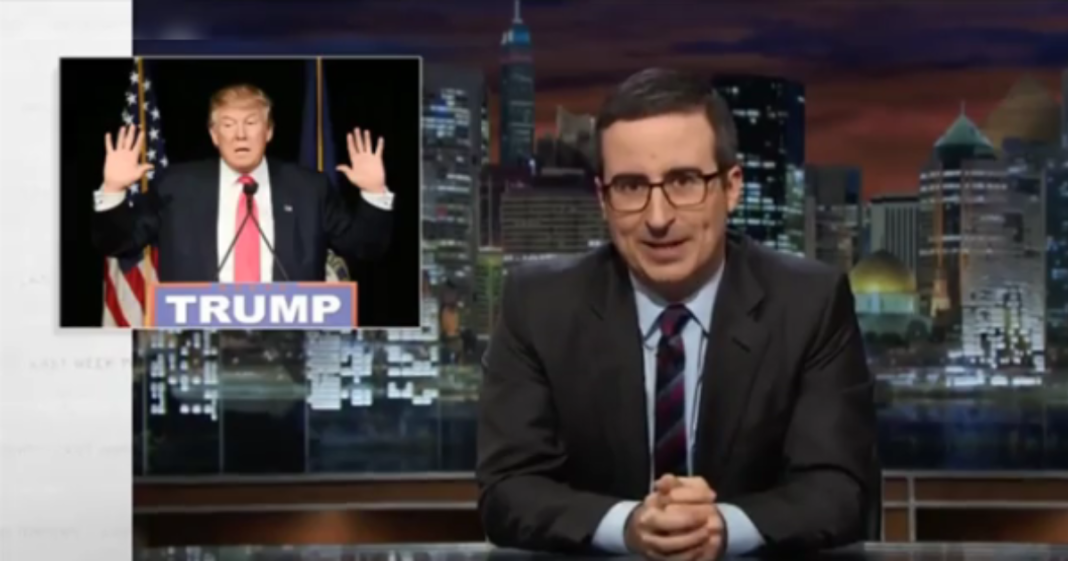 During Sunday’s edition of “Last Week Tonight,” host John Oliver dived face-first into the “Clowntown f*ck-the-world sh*tshow 2016” that is the Republican race.

Oliver aggregated clips of Republican leaders skewering Donald Trump on media outlets, referring to him in ever-extreme terms. The most surprising came from commentator Doug Heye who called a Trump presidency “an abortion.”

“Holy shit! You know they’re getting desperate when they’re just throwing in their favorite buzzwords. He won’t just be an abortion, he’ll be a sharia law wrapped in a Benghazi-themed gay wedding.’”