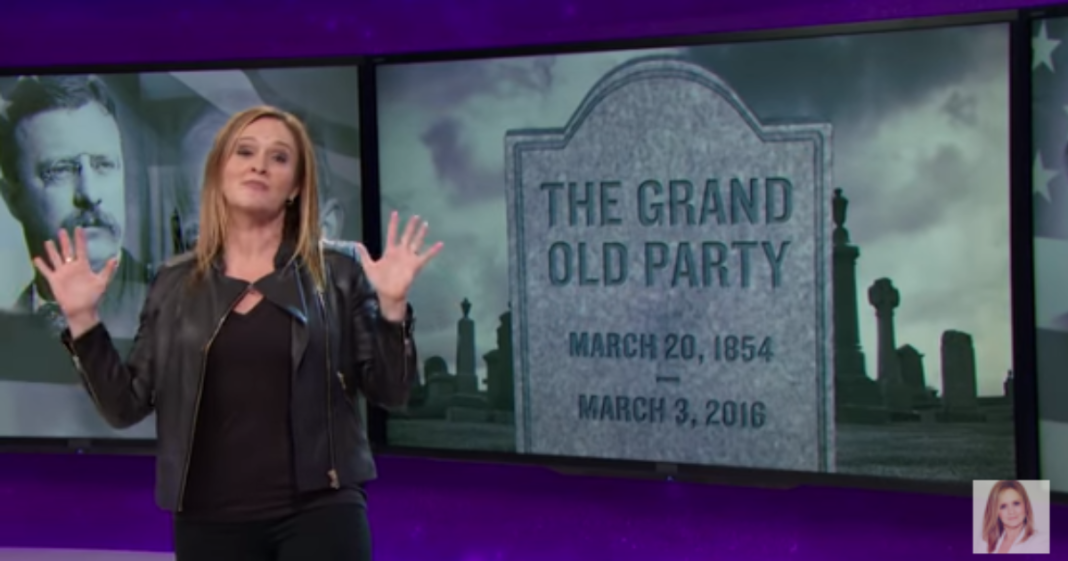 During Monday night’s episode of “Full Frontal,” comedian and host Samantha Bee gave the GOP a sendoff befitting the hateful, regressive organization. Bee examined the long, slow death of the Conservative party and the half-hearted attempt from people like Mitt Romney to try to save it.

The final death rattle, according to Bee, came during the most recent Republican debate when the yelling and preposterous subject matter rose to an all-time high.

“I don’t mean to sound sexist but I think men are just too emotional to be president.”

Why isn’t this show on every night? Bee’s comedic political commentary is the antidote for the GOP insanity.