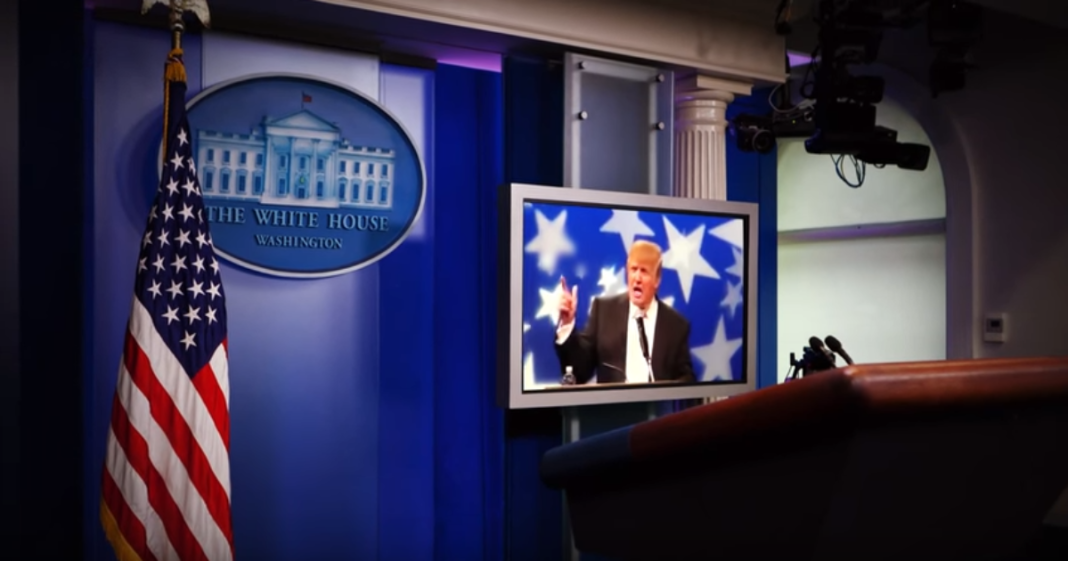 In his own words, Donald Trump tells America exactly why he is not qualified to be our leader. He spews words that require the television censor, insulting everyone who dares to challenge him. He is a bully, a bigot, and a crass, rude man. And yet, America embraces him with open arms. Maybe not savvy Democrats or establishment Republicans, but the every-man is at least interested, if not in love with Donald Trump.

In this new ad from SuperPAC American Future Fund, clips of Trump are played in quick succession on a television screen in the media room of the White House, giving viewers a quick look at what a Trump presidency would really be like.