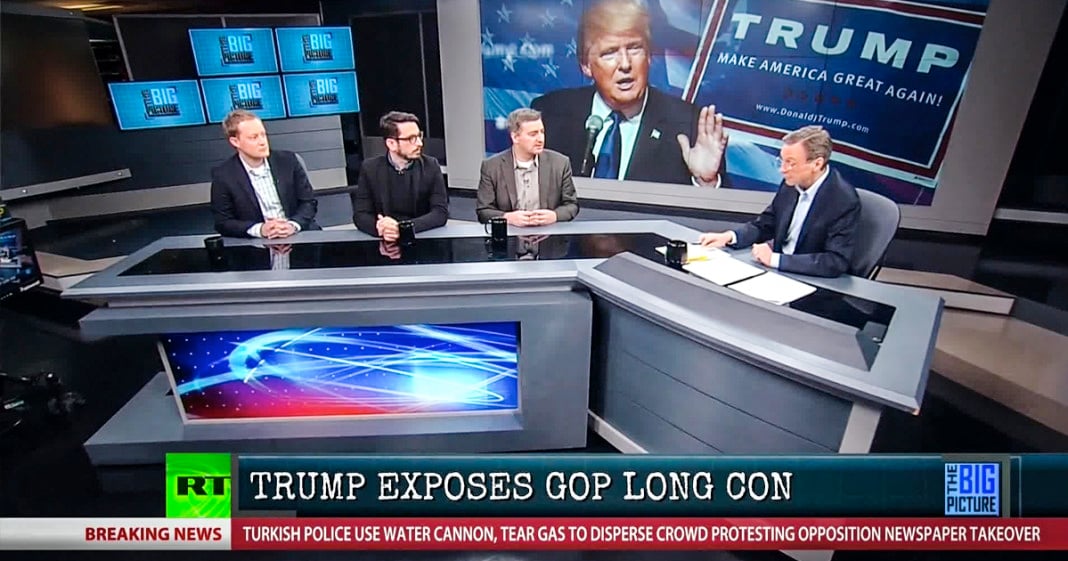 The republican establishment is upset with Donald Trump – because he’s making the party look like the party of white supremacists – xenophobes – nationalists – racists – and general hate mongers. The most recent example of this was Trump’s Jeb Bush-like handling of a simple question about whether Donald Trump would disavow David Duke and the KKK. But are the Republicans really upset that Trump is attracting racists – or are they more upset that he’s not using dogwhistle racism like Lee Atwater described back in 1980. Isn’t the GOP just upset that Trump exposed the Republican party for what it’s been ever since Nixon’s Southern Strategy – a party of billionaires with a base of racists? Brian Darling, Sam Sacks, and John Gray join Thom Hartmann to discuss this.