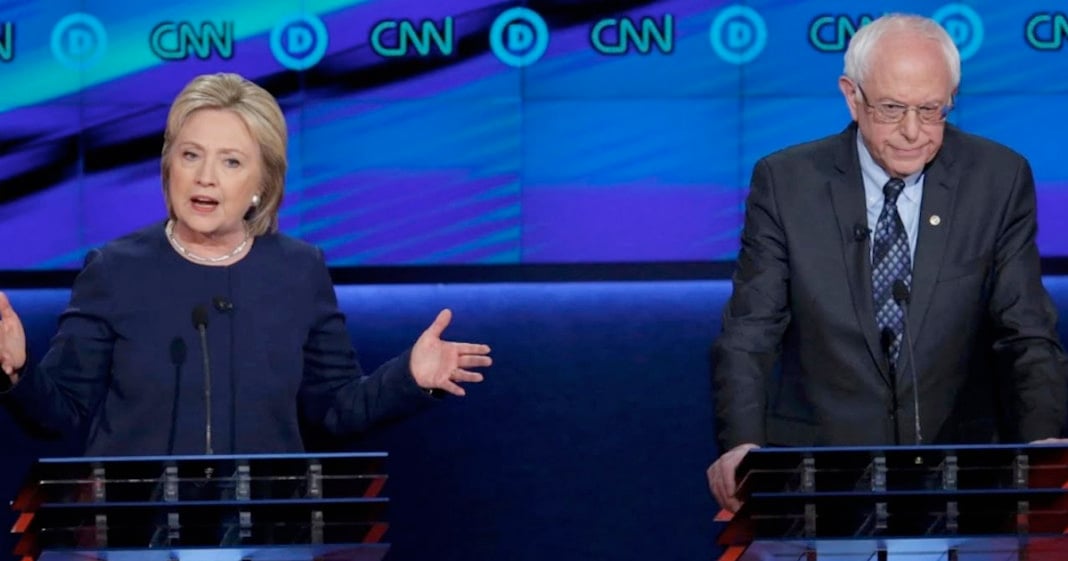 Despite a relatively substantive debate between Bernie Sanders and Hillary Clinton, some in the media have chosen to latch onto a perceived instance of misogyny or sexism. After being interrupted, Bernie said, “Excuse me, I’m talking.” O noes! Cenk Uygur, Ana Kasparian, and John Iadarola (ThinkTank), hosts of the The Young Turks, break it down.