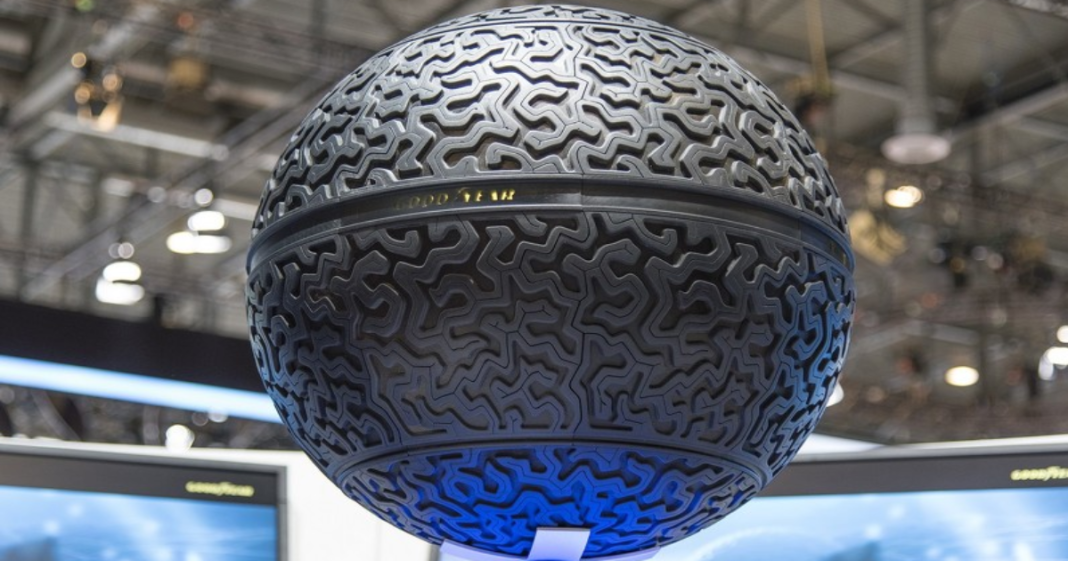 Goodyear just unveiled their new tire of the future, a 360 degree sphere which would allow the car to move in more directions than traditional tires as well as having a wealth of futuristic advantages. Now all we need is the car of the future to put the tires onto!

Goodyear apparently was never told the age-old adage that we “don’t need to reinvent the wheel” so that’s exactly what they did. Goodyear claims that the futuristic design means “ultimate maneuverability, safety and connectivity for autonomous vehicles.”

Goodyear unveiled the concept at the 86th Geneva International Motor show, calling the tire the “Eagle-360.” This tire is more than just a hunk of rubber as it contains sensors which would allow it to feel the road below and assess for hazards. The tires could also potentially communicate with other vehicles.

With the Eagle-360, there would be no need to have your tires rotated or to check tire pressure as all of that would be self-regulated by sensors on the tire itself. Having more surface area would presumably mean that the tires would last longer than traditional tire rings as well.

The Eagle-360 is unfortunately just a concept at this point and would have a long way to go before it becomes a part of our everyday vehicle, but some of the kinks have already been worked out on the conceptual level. The tires would be held in place through various magnetic fields instead of being mechanically attached to the vehicle, helping to reduce friction and increase car responsiveness and speed.

Those who treasure their flashy spinning rims might not be too happy to see these tires take over the roadway, but the 360 degree balls could be just another element of making automobile travel safer, more streamlined, and more enjoyable for people all over the world.