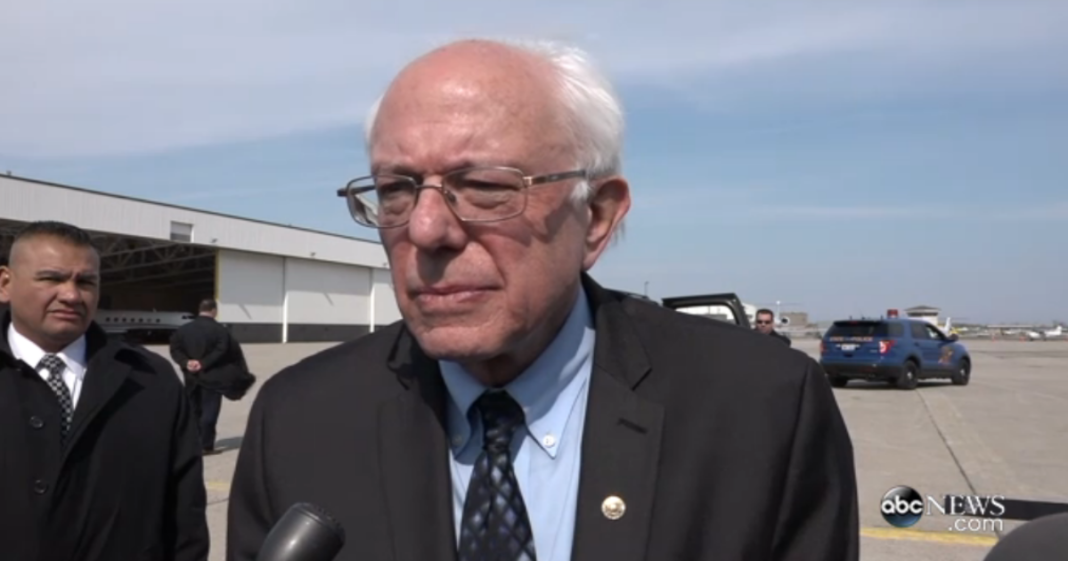 looking at a Republican debate and a Democratic one is like staring at the sun for a long time and then looking into a cool, dark room. One is painful to see and will cause you long-term harm while the other is soothing and something you could see yourself spending time around for at least the next four years.

Despite the relative calmness of the Democratic debates, there were some on Sunday who saw fit to attack Senator Bernie Sanders’s tone during the event, saying that a moment in which the Senator momentarily lashed out at Clinton was rude and even sexist.

Sanders had put up with Clinton’s frequent interrupting throughout the evening as she talked over moderators and red lights. The specific moment in question came when the Secretary interrupted Sanders as he was making a point about the Wall Street bailout.

“You know . . .” the secretary began before Sanders cut in and reclaimed his talking time.

Considering the fact that Sanders has not shown a proclivity for sexism throughout this election, and the fact that nothing in his language was gendered, those who see this as a sexist attack are just grasping for straws.

On Monday, Senator Sanders was asked about his “tone” during the debate, with reporters telling Sanders that the Clinton campaign was asserting that the comment was “condescending.”

Sanders shot back that if people truly had a problem with the comment that Sanders made, they should look at the speaking time Clinton was given and at the number of times she interrupted the Senator.

“Well, I think that given the fact that during that debate she ended up going on many occasions [over the time allotment] – and when I was speaking she interrupted me. I didn’t interrupt her, despite the fact that she spoke longer.”