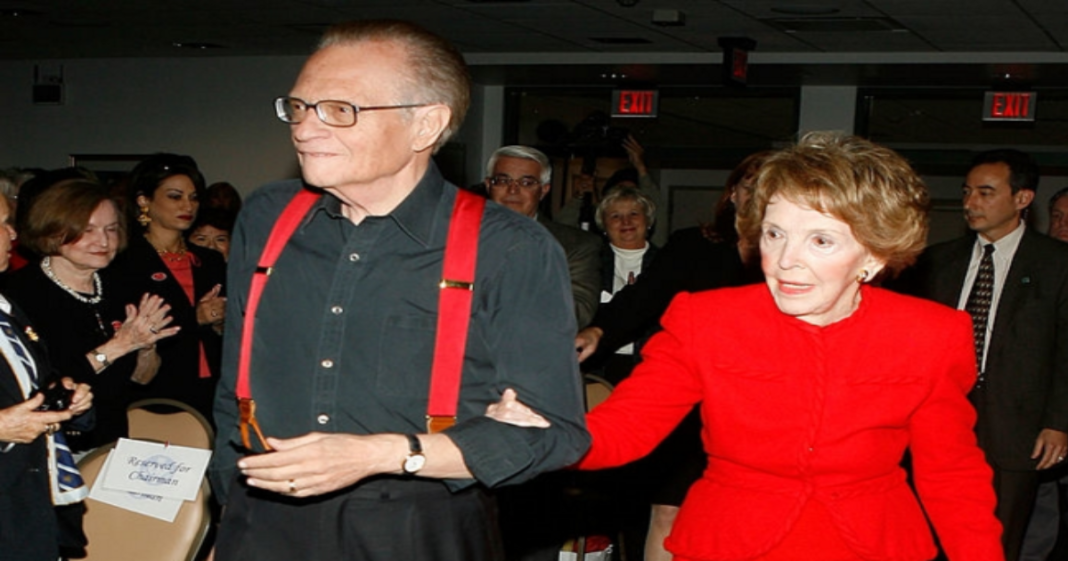 While remembering his dear friend and the many correspondences between himself and the former first lady, King made a remark near the end of the interview that the first lady had been very dissatisfied with the state of the Republican party. King said that though he would miss her dearly, he was glad that she would not be around to see the conclusion of this election year.

As much as modern day Republicans worship Ronald Reagan and the era he existed in, his own beloved wife couldn’t bear to look at the disgusting mess that is the modern Republican party.