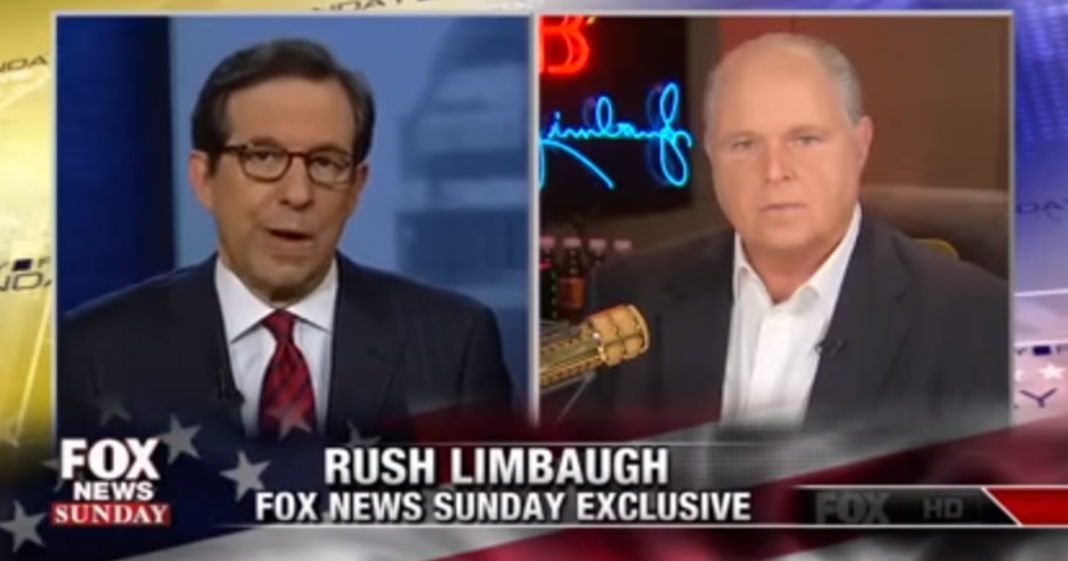 During a segment on “Fox News Sunday,” Rush Limbaugh tried to sell presidential candidate Ted Cruz to the American people as the most Reagan-like candidate most of us will ever see.

Host Chris Wallace pointed out that while Limbaugh has not outright endorsed any candidate, he certainly seems particularly cozy with Cruz. Limbaugh maintained that Cruz was the best candidate in the party currently, being particularly religious, constitutional-abiding, and providing the most substance during the recent Republican debate.

“And he is a nice guy, he’s a likable guy. He’s not crazy, he’s not nasty, he’s certainly not a liar. He’s a down the middle guy that anybody can trust, with plenty of integrity.”

Whoa whoa whoa. Nice? Likable? Not crazy? Not a liar? I’ll give him “not nasty” since Trump loves to refer to him as nasty and I love being contrary to Trump. But the rest of those? Absolutely false.

Ted Cruz, no matter what good qualities you want to attribute to him, is certainly not “likable.” There is proof everywhere that Cruz is almost unilaterally despised by his own coworkers in the Senate. Even his wife and children seem to not care for him as much as they could.

Sure, sell Cruz to America as a Trump alternative or a Conservative guy, but don’t insult our intelligence by saying that he is nice or likable. We know better than that!