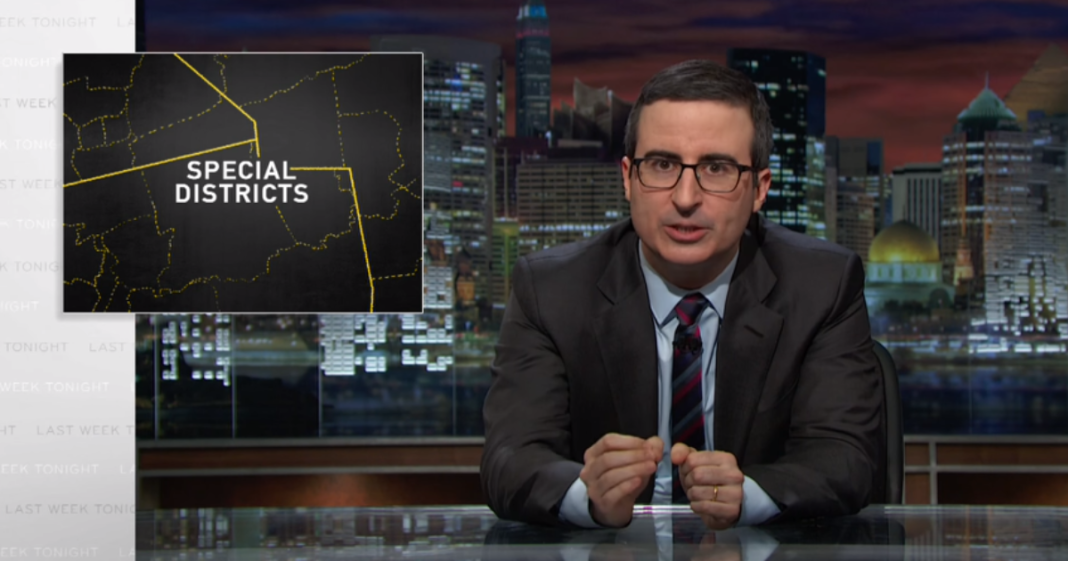 During Sunday’s edition of “Last Week Tonight,” host John Oliver looked at a massive drain on public funding that almost no one is aware of: a not-so-little thing called special districts.

The problem with special districts is that they are woefully under-regulated. Initial investigations have found a wealth of fraud, misuse of funding, and incorrect billing. These districts could mean that you are paying much more or less than your next door neighbor in taxes and other fees while neither one of you is aware of the discrepancy.

“It’s a little weird in a country that talks so much about government accountability that a huge amount of our tax dollars go to fund entities that most of us know absolutely nothing about.”

How much is a huge amount? Every year in the United States, these special districts spend in excess of $100 billion. Oliver looks at a comical amount of insanity involved in creating and maintaining these preposterous districts.