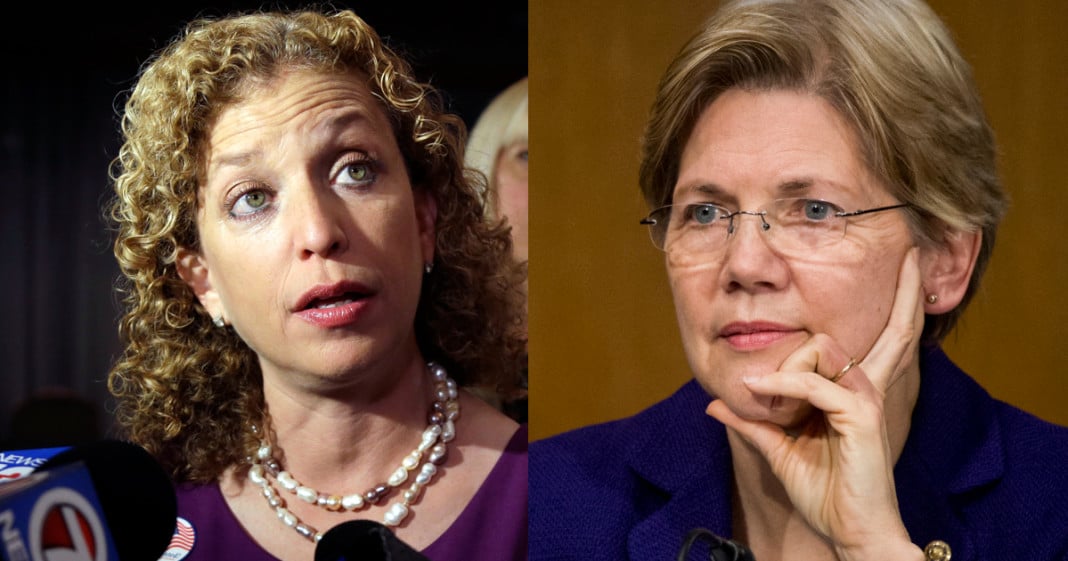 When head of the Democratic National Committee Debbie Wasserman Schultz launched her attack on Senator Elizabeth Warren’s financial agency last week, Warren wasn’t willing to take the challenge lying down. Senator Warren has since openly defended the Consumer Finance Protection Bureau, saying that it is doing a great job and should be backed by Congress rather than being attacked.

The CFPB was created after being proposed by the senator in 2009 and was put in place to protect consumers (regular Americans like you and me) from payday lenders and other financial institutions and programs.

The payday lender area of the program is currently under attack by Wasserman Schultz and the GOP, as they claim that the program is inferior to programs that Wasserman Schultz helped to put into place in Florida. Experts in Florida say that current law is woefully ineffective against these loan sharks and that they were created by and for the interests they are intended to work against. Wasserman Schultz’s congressional opponent Tim Canova argues that his opponent wants to strike down CFPB because she has received a massive amount of campaign donations from financial interests including loan sharks.

Senator Warren posted a series of tweets defending her agency and shaming congress for its bullying attitude regarding the program. 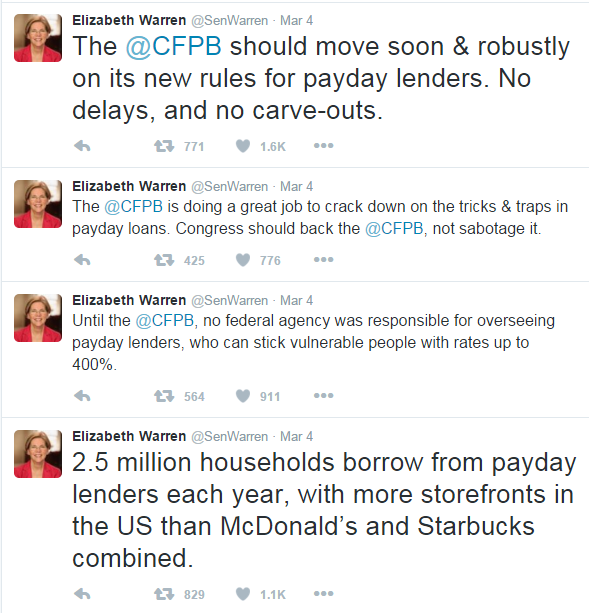 Warren also spoke on Thursday about the power of corporate interests in politics, arguing that the interests of corporations are overwhelmingly influencing federal rules and laws. The system is broken, Warren said.

“When it comes to undue industry influence, our rulemaking process is broken from start to finish. At every stage — from the months before a rule is proposed to the final decision of a court hearing a challenge to that rule — the existing process is loaded with opportunities for powerful industry groups to tilt the scales in their favor.”

Warren did not name the Congresswoman directly, but the implication is clear. Debbie Wasserman Schultz and her bought-and-paid for politics have no place in the government. If we are truly trying to move forward and create a more honest and transparent government, the politics of DWS and others like her must go.