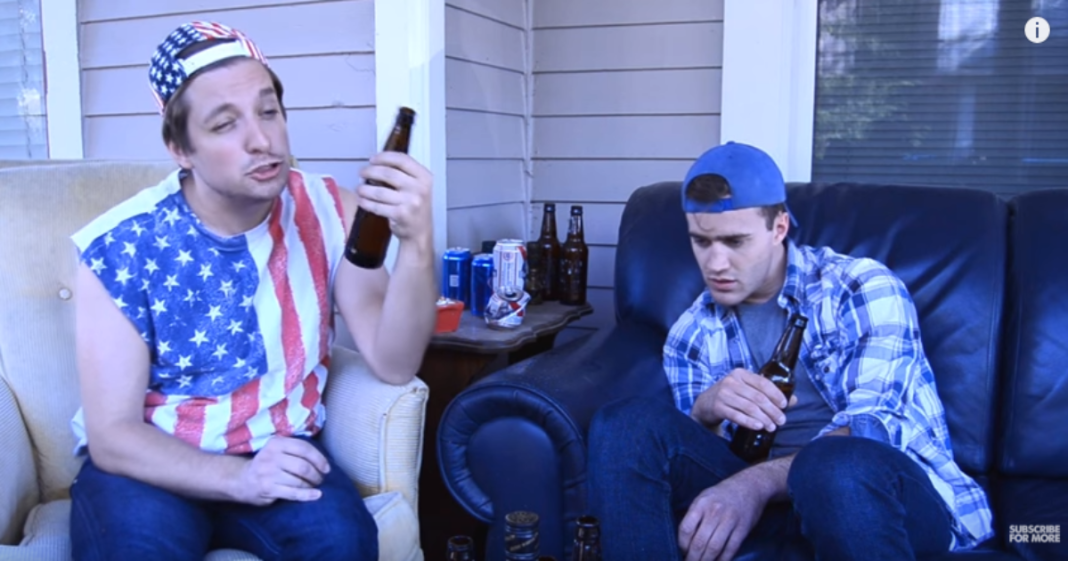 It’s the age old political question, but with a twist: Which candidate would you like to have a drink with, and get really, really plastered?

Youtube channel Friend Dog Studios discovered that Donald Trump stump speeches actually sound quite appropriate when said by your really drunk friend who is becoming increasingly less coherent. It’s a hilarious video which gives a glimpse into just how sad our state of affairs have become.

Wearing an American flag t-shirt with ripped off sleeves and a backwards stars and stripes ball-cap, your drunk buddy Trump sits on his front porch and downs can after can of Natty light spewing nonsense, while you slowly slip into a drunken stupor.