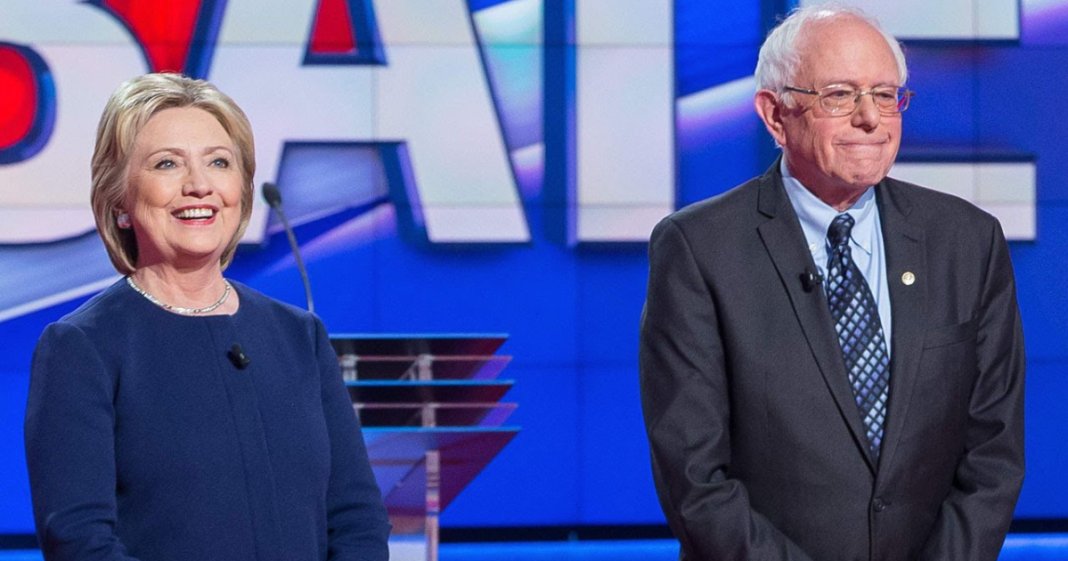 During Sunday night’s debate in Flint, Michigan, the Democratic candidates discussed the devastating human rights violation occurring in the city due to poisonous water flowing through city pipes.

The crisis has been ongoing for more than two years, though it has only been public knowledge for the last couple of months.

When the severity of the crisis was just entering public knowledge in January, Senator Bernie Sanders said that the event was so devastating that it required the resignation of Michigan Governor Rick Snyder. Sanders and others believe that Snyder knew about the water situation long before he alerted the public and knowingly allowed the children of Flint to be irreversibly poisoned by the lead in the water.

When this story was new, Hillary Clinton was not calling for the resignation of Snyder, though she condemned the negligence. That has apparently changed as Clinton also called for Snyder’s resignation during Sunday’s debate, saying “amen” to Sanders’ condemnation. Clinton also emphasized a need for federal funding for Flint to help the citizens who are suffering.

No matter whether you are for Sanders or Clinton, the fact that the Democrats had such an overwhelmingly substantive debate is reassuring that at least somewhere in our political process is sane, rational, and caring policy and discussion.