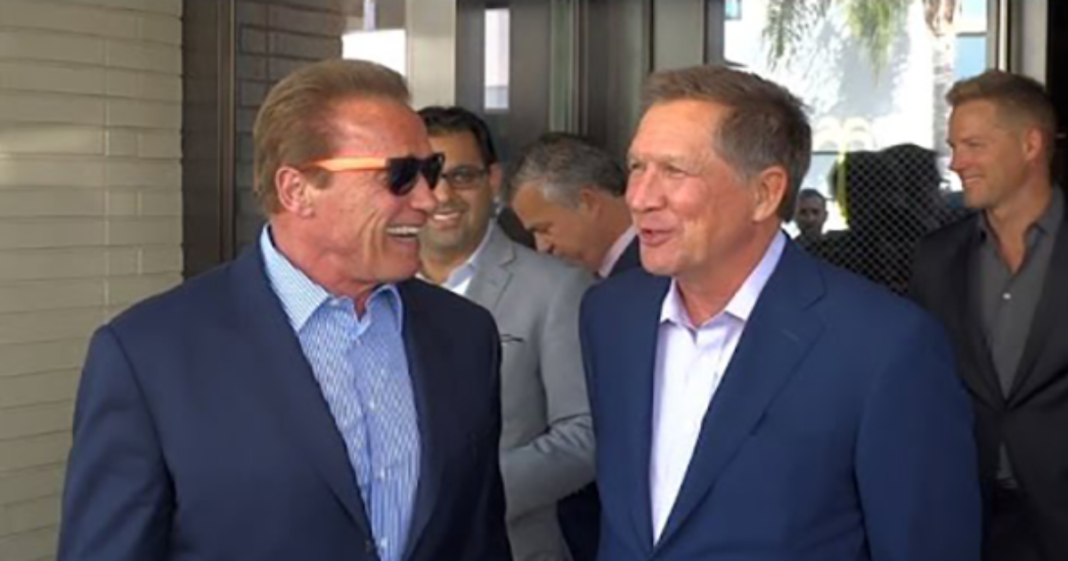 Apparently the two are old friends, having met in the 80’s during an Ohio bodybuilding competition.

Schwarzenegger said that Kasich was an “action hero” in Washington and that he deserves to be in the White House. Kasich then revealed that the coat he was wearing was a gift from Schwarzenegger, and that it officially labels him as the “Terminator 2.”

Kasich has yet to win a single primary, and yet he doggedly refuses to check out of the race. Rumor has it that Kasich is sticking around until the Ohio primary. If he loses his home state, Kasich will most likely go the way of so many failed candidates before him. Only time will tell if he “will be back.”

Heh. Get it? Like Arnold? Oh, forget it and watch the video.