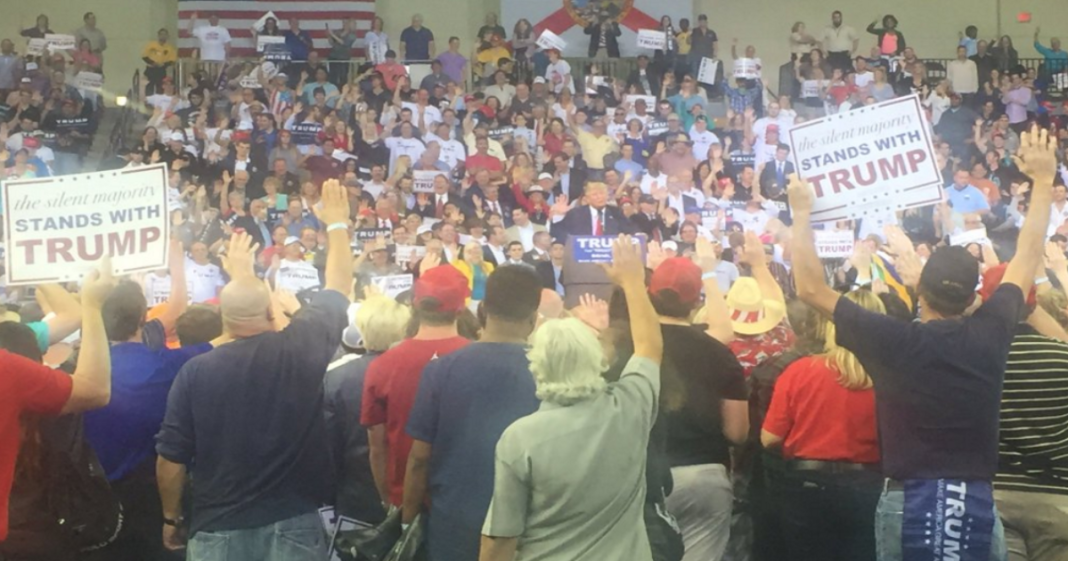 The comparison has been made over and over again that Trump’s rise to power is a bit too eerily similar to the rise of Adolf Hitler in Germany. Some may say that comparison is a bit extreme, but there are just too many strange coincidences to discount the idea.

And then this happened on Saturday:

Donald Trump makes members of his Orlando crowd raise their right hands and swear to vote in the primary. pic.twitter.com/EVenRilJrV

Trump may have been going for something a bit more patriotic, but the result is that a crowd of fans appeared to be giving the Nazi salute to their dear leader. Or maybe Trump knew exactly what he was doing. Who knows?

You just can’t make this stuff up.