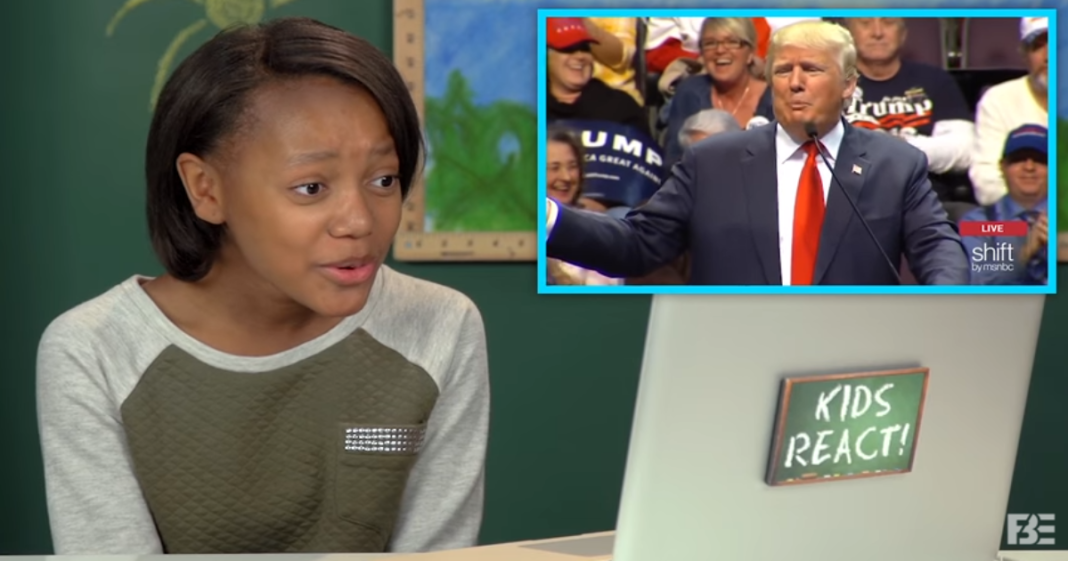 Youtube’s The Fine Brothers took their popular “React” formula to a presidential realm when the channel had a group of kids watch Donald Trump clips and give their honest reactions.

To be fair, it is clear that most of these children have been exposed to Trump before, and it’s not hard to see why. Every third word spoken in America these days is “Trump.” In fact, I bet there’s some kid somewhere whose first word has or will be “Trump.” That’s just probability.

So it’s not that surprising that most of the kids’ reaction to Trump for president are almost universally negative.

“He speaks his mind, but his mind isn’t great.”

From the mouths of babes.