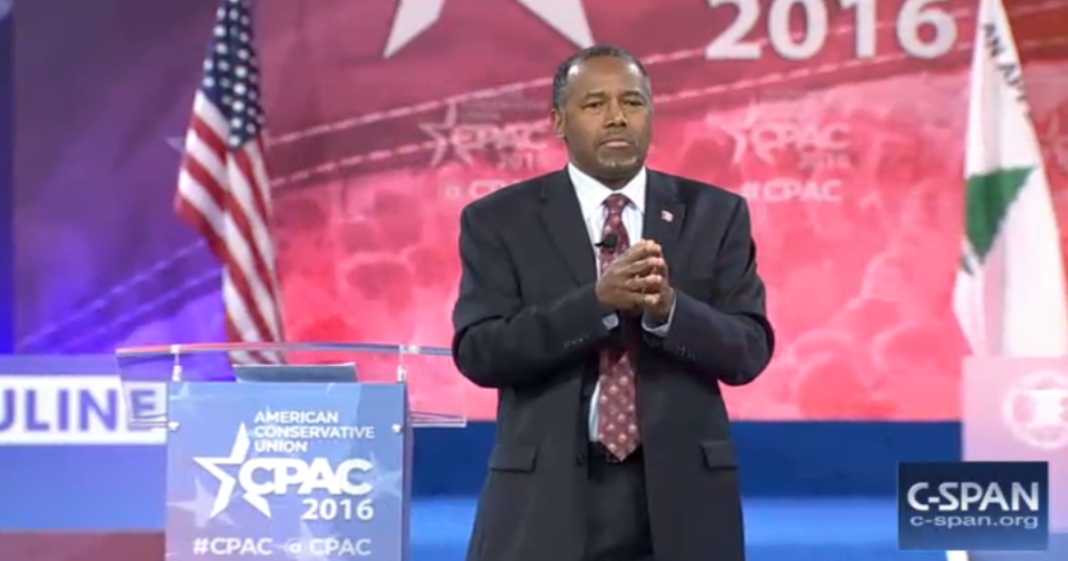 During Friday afternoon’s Conservative Political Action Conference, Dr. Ben Carson made an appearance after a high-energy speech from candidate Ted Cruz, bringing the energy in the room impossibly low.

Many were hoping to hear what Carson’s next move was to be after he all but quit the presidential race earlier in the week. Carson promised that we would learn more about his plans during the CPAC, but his long-winded speech threatened to put viewers to sleep rather than putting them in the know.

And then, he finally said it.

The crowd cried “no” and gave the doctor a standing ovation, and everyone else wondered if he might suddenly say “nevermind!”

“There’s a lot of people who love me but just won’t vote for me,” Carson remarked. The former candidate then went on to explain how he would remain involved in politics for the season.

So that’s it – probably. One of the most bizarre, pyramid-scheme-esque, grain silo-d, sleepy-headed campaigns this country has ever seen has for the most part come to a close. There’s no way that we’ve seen the last of Ben Carson, but hopefully he will remain in the realm of Books A Million signings.

Ben Carson officially drops out of the Republican presidential race, saying he is “leaving the campaign trail” https://t.co/5amaBfqMVE