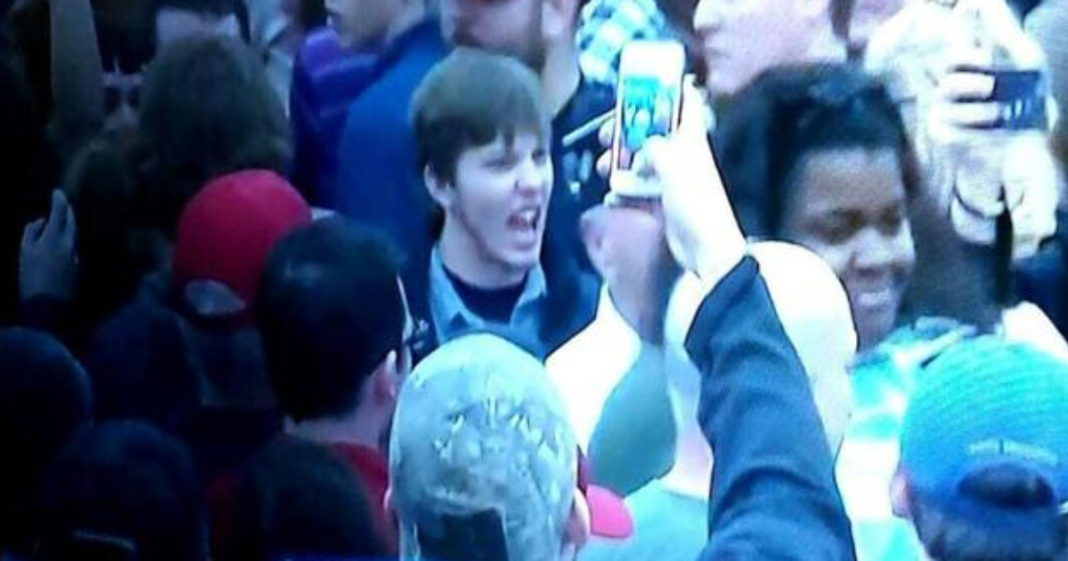 During a recent Donald Trump rally, attendees vented their racist anger on a black teen girl who was protesting the event. Security officers stood by as the crowd shoved the girl violently forward, shouting racial slurs and threatening the 17-year-old.

When the video of the repeated assault was posted online along with a statement from the teen, advocates online went to work to identify the culprits. One such identified assailant was young Joseph Pryor who, according to his social media profiles, was gearing up to join the United States Marines. Pryor was so proud of his involvement that he made a screen-grab from the televised video proof of his crime into his cover image on Facebook. Pryor was on a delayed enlistment program for the military, but now that the Marines know about his violent act, he will never wear the uniform of the few and the proud.

It serves him right. He and the several others who violently shoved this girl deserve criminal charges for what they did. Removing a protester from a private event is one thing, if it is done without harm and by the proper people, but allowing the crowd to shove a girl around is not only disgusting – it is illegal.

In addition to Pryor, those who were shouting and shoving the girl were later identified as Neo-Nazis and white supremacists. They wore shirts which made it clear that they were part of hate groups, and some, after being identified, were discovered to be banned from the U.K. for their involvement in hate groups.

You can see one angle of the assaults here:

The full story of the white supremacists who assaulted this Black student at a Trump rally.https://t.co/WPywX72tVOhttps://t.co/vpJrCxH1bP