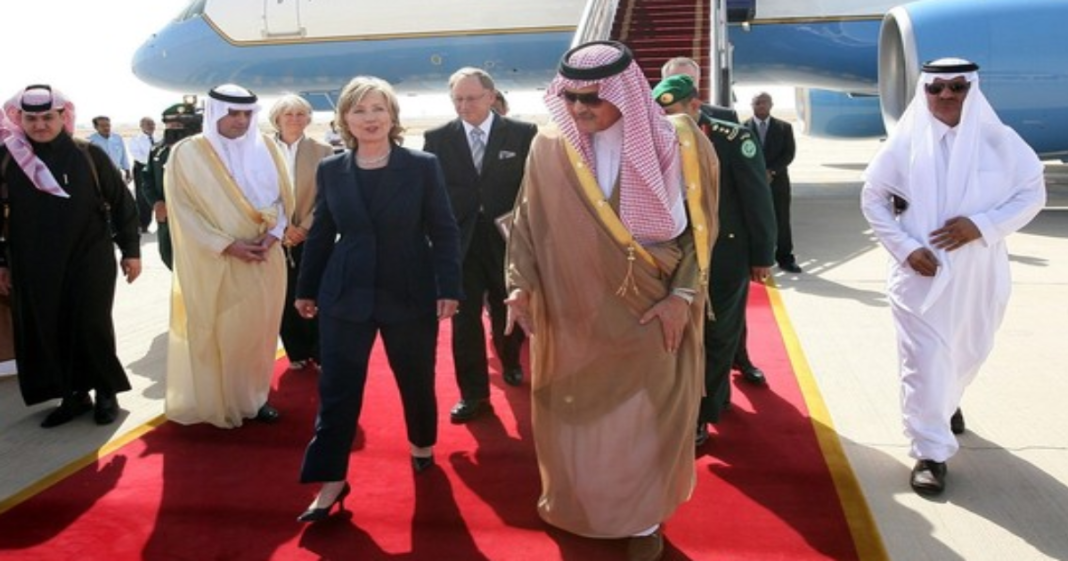 As the primary race gets closer to the general, it becomes more important than ever that we closely scrutinize the candidates to choose who would truly be best for the respective parties. Of course, all that remains of the Republican party is fire and ash so there’s no real sense in looking too closely at that mess, but there is still hope for the Democratic side.

One important thing to remember as this week draws to a close is that Super Tuesday was not the be-all and end-all for Democrats. There is still a long way to go and a lot of ground to cover before the establishment can crown Queen Clinton.

One issue that has not gained near enough scrutiny is Secretary Clinton’s tenure as Secretary of State where she not only got herself embroiled in a scandal that will forever be her downfall in the eyes of Republicans, but that she also fostered a cozy and intricate relationship with Saudi Arabia which deserves a second look.

During Clinton’s years as secretary, she appeared committed to giving as many weapons as she could to Saudi Arabia, despite the fact that they would shortly use those weapons to commit war crimes and kill countless innocent civilians in Yemen. According to a report, Clinton listed giving Saudi Arabia weapons as a “top priority.”

So why was Clinton so interested in connecting Saudi Arabia with a large supply of weapons? It just might have had something to do with the millions of dollars in donations flowing into the Clinton Foundation from the Kingdom of Saudi Arabia and weapon manufacturer Boeing. A real mutually beneficial situation, you can see. Too bad all those pesky Yemini citizens had to go and get themselves killed by those same weapons and ruin the good feelings all around!

To be fair to Secretary Clinton, the U.S. has had this same strange relationship with Saudi Arabia for years, continuing to enable the regime to keep their own ties to the middle east strong. While other nations place embargoes on the Saudi Kingdom for their warring and wanton murder, America-as-ally continues to hand weapons to the nation.

So Clinton was just keeping things business as usual. No problem. But if we want better for our nation, and if we are truly committed to no longer accepting establishment politics and corruption-as-usual, we cannot elect a president who has contributed to and benefited enormously from the problem. We can do better.