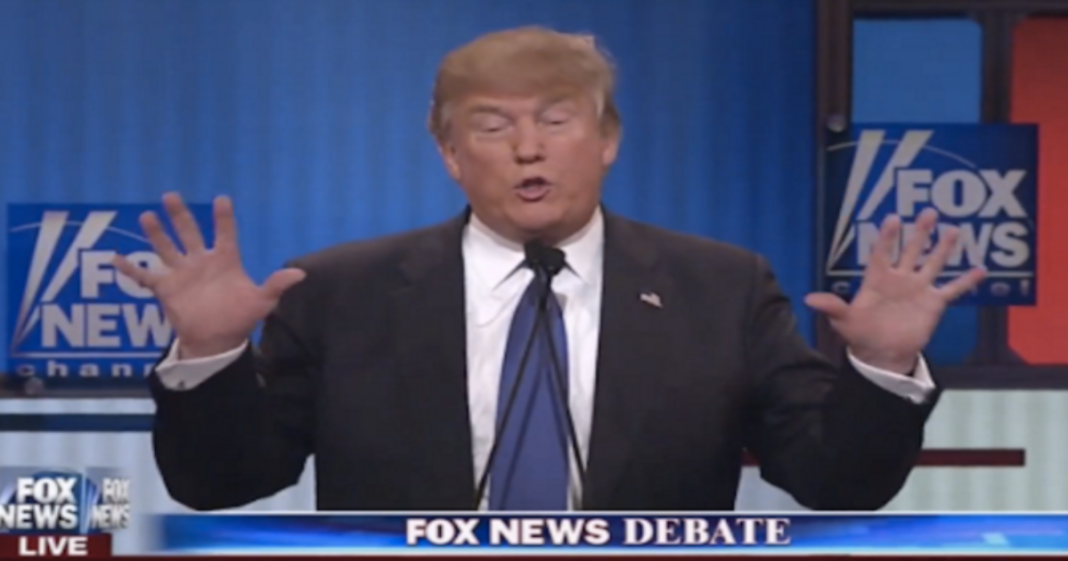 Thursday night’s debate was once again a race to the bottom to see what sort of wasteland Donald Trump would leave the Republican party in – and by extension, American Democracy. Anyone hoping for a “good time” was not disappointed as Trump once again set precedent in a way no one ever expected or even asked for.

During the debate, the candidate referred to comments Marco Rubio had made last week about the size of Trump’s hands. It is well documented that Trump is strangely insecure about the size of his tubby little piggies to the extent that the journalist who first pointed them out decades ago still gets photos to this day with captions like “See? Not so stubby.”

It sounds like Rubio is soon to be added to that mailing list as Trump took time out from the debate to defend his chubby digits – and his manhood as well.