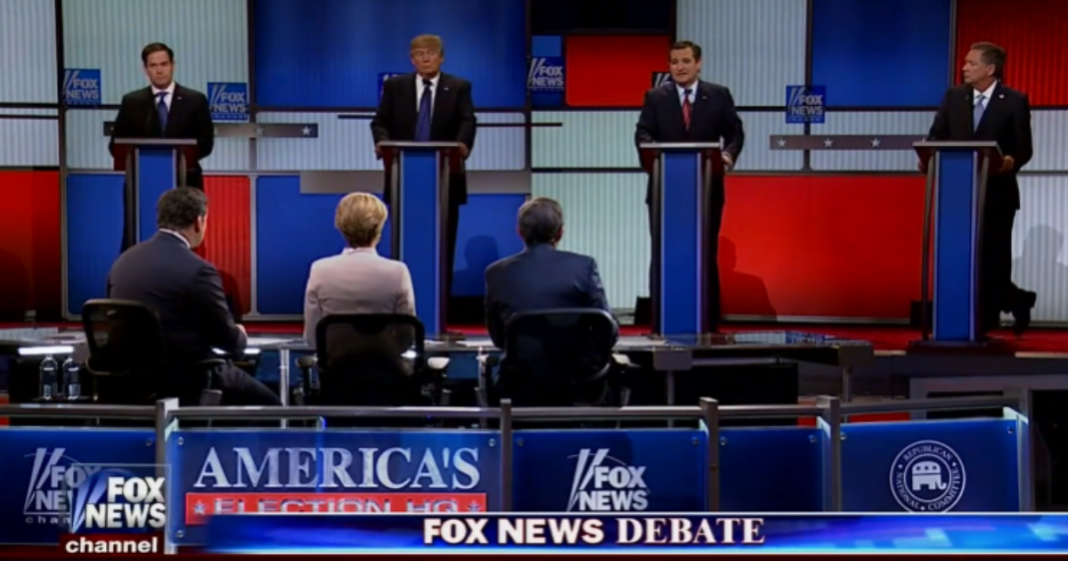 Thursday night’s debate was nothing if not chaotic – every attack of the night was leveraged at party lead Donald Trump as the three other candidates tried desperately to bring their competitor down a peg.

Though Rubio has been tagged again and again for his robotic skipping-record speeches and seeming inability to go off-script, the Florida senator landed the best hit of the night on Trump with a clearly off-the-cuff remark.

Credit for the setup goes to Cruz as the Tea Party candidate patronized Trump, urging him to calm down.

Rubio: When they’re done with the yoga, can I answer a question?

Cruz: You cannot— I really hope that you don’t see yoga on this stage.

Oh ho ho, Rubio! You won’t be winning the election but tonight, you won this girl’s heart.