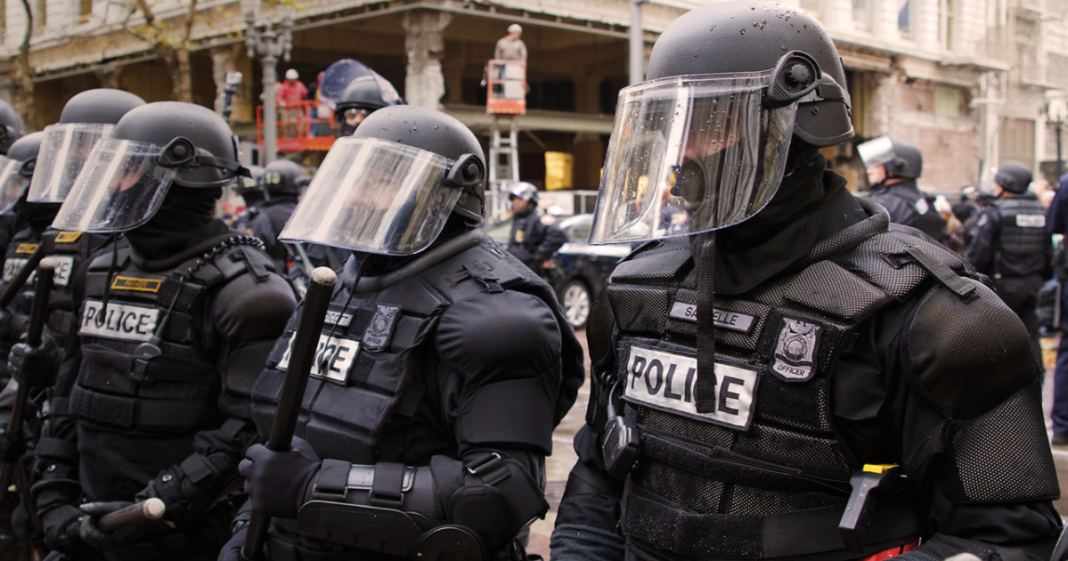 The city of Cleveland, Ohio is set to be the home of the Republican National Convention in July, and city officials are already gearing up for a particularly riotous event as they plan to spend a whopping $50 million grant from the federal government on riot gear and steel barriers for the occasion.

Congress approved the funds back in December due to the fact that the RNC is a designated National Special Security Event. Cleveland is working with the Secret Service to coordinate their efforts.

Cleveland is planning to buy 2,000 sets of riot gear including 26-inch collapsible batons and riot-control suits. In addition, the city is attempting to rent three miles of steel barriers in order to control crowds at the event.

The Convention is to be held on July 18 and officials are expecting about 50,000 visitors to the city. Due to the influx, Cleveland is bringing in extra officers from surrounding cities to help control the crowds.

In addition to attendees, the RNC can expect a large number of protesters. A previous Republican Convention held in New York City attracted over 100,000 protesters in 2004. It’s hard to imagine that this one will attract any fewer as the stakes and emotions are so particularly high in this cycle.

Having protesters at Convention events is not uncommon, but it appears as if the city and the government are gearing up for a particularly stressful one this round as the leading Republican candidate is a particularly divisive one. Talk of a split convention only adds more stress to the event.

It’s unclear whether the Republicans will need protection from non-Republicans or from their own kind, but one can only hope that the gear the city receives will be used to assist Democracy rather than to suppress it.