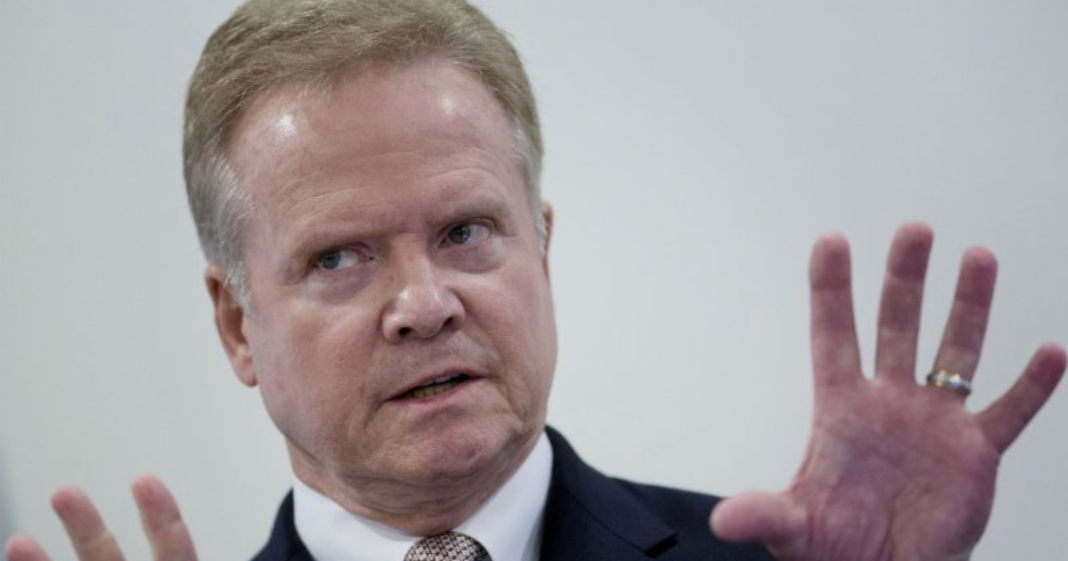 Does anyone remember Jim Webb? He is a former Virginia Senator and short-time Democratic presidential candidate. Webb appeared in the first Democratic debate and quickly found his way to the bottom of the stack despite his foreign policy and military experience before quickly backing out of the race.

Now, Webb is making headlines again for saying that he absolutely will not be voting for Hillary Clinton, but that he is still considering his options when it comes to Donald Trump. We have often heard in this cycle about Republicans going Democrat due to a Trump dominance, but for a Democratic one-time candidate to consider the hateful Trump? It’s nothing short of insanity.

Webb made his comment during a segment on MSNBC where he was asked who he was supporting. Webb waffled and said that he still wasn’t sure, but when asked if he would vote Clinton, he quickly said no.

.@JimWebbUSA: No, I would not vote for @HillaryClinton… ‘I’m not sure yet’ on @realDonaldTrump https://t.co/VF2TSv2H3f