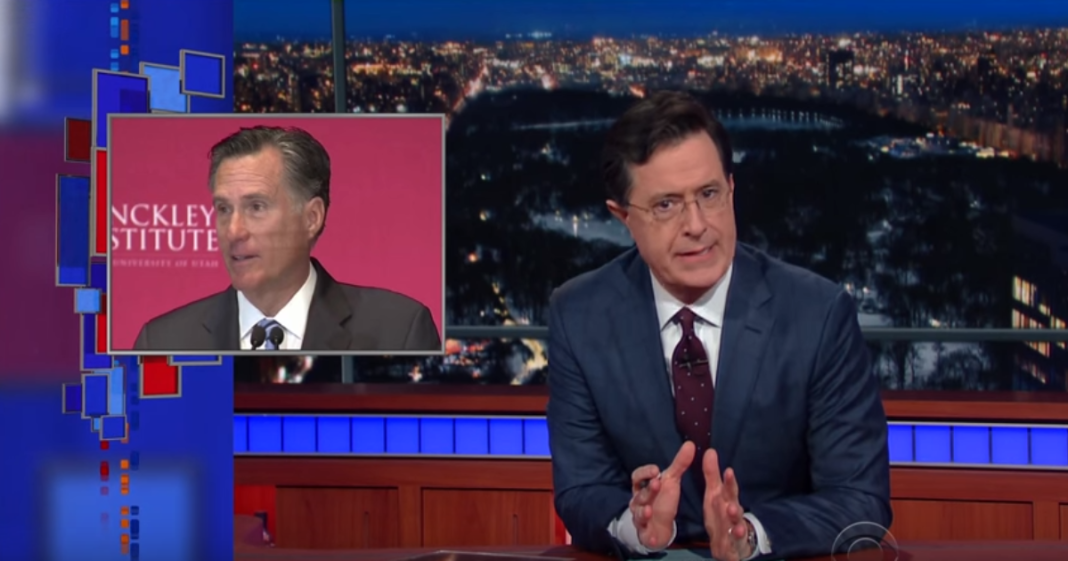 During Thursday’s episode of “The Late Show,” host Stephen Colbert returned to his reoccurring segment “The Road to the White House,” to talk about Republican rabble-rousing against leading candidate Donald Trump.

In a “desperate bid” to oust Trump, the Republican party sent out failed 2012 candidate Mitt Romney to try to destroy the Donald. Colbert recognized what many others have said, which is that Romney will have no distinguishable effect on whether or not a voter supports Trump.