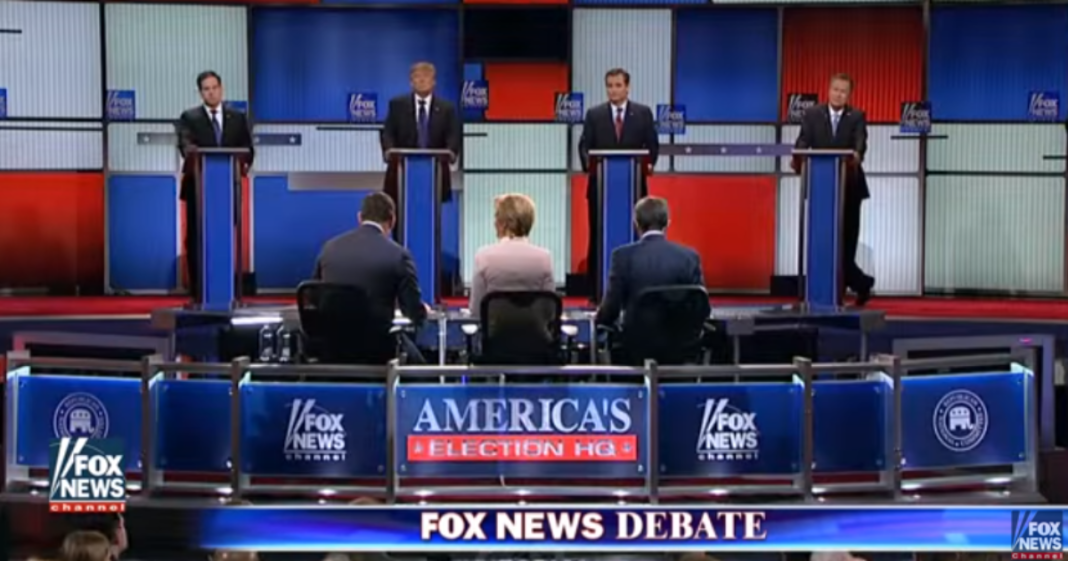 Why Fox News felt that they had to bring up the totally made up and non-legally-binding GOP contract that the party made their candidates sign is a mystery, but nonetheless, each candidate during Thursday’s debate was asked if they would support the Republican nominee – even if it were Donald Trump.

There are so many unanswered questions regarding this one specific inquiry lobbed at the candidates – Why did Fox decide to frame the question about GOP loyalty this way? Why didn’t they just ask if the candidates would remain faithful no matter what? Fox News has often been an opponent of Trump, but framing the question this way made it seem as if the race were already over.

Additionally, why did the candidates who are trying so hard to defeat Trump while standing up to nearly impossible odds not just take a chance and say “hell no”? Particularly Rubio who has been attacking Trump left and right but who won only one state on Super Tuesday would seem to have nothing to lose and everything to gain from saying, “you know what? No, I won’t.”

How can these candidates say over and over again that Trump is completely unfit to lead the party, and then later say that despite all of that, they would still support him? I would go so far as to say that this one specific question, and the answers it garnered, is the sole reason why Trump is winning the entire Republican race while tearing it down to the foundation. In Trump, weak people find strength and leadership. You can’t fight that sort of brute strength with “maybe’s.”