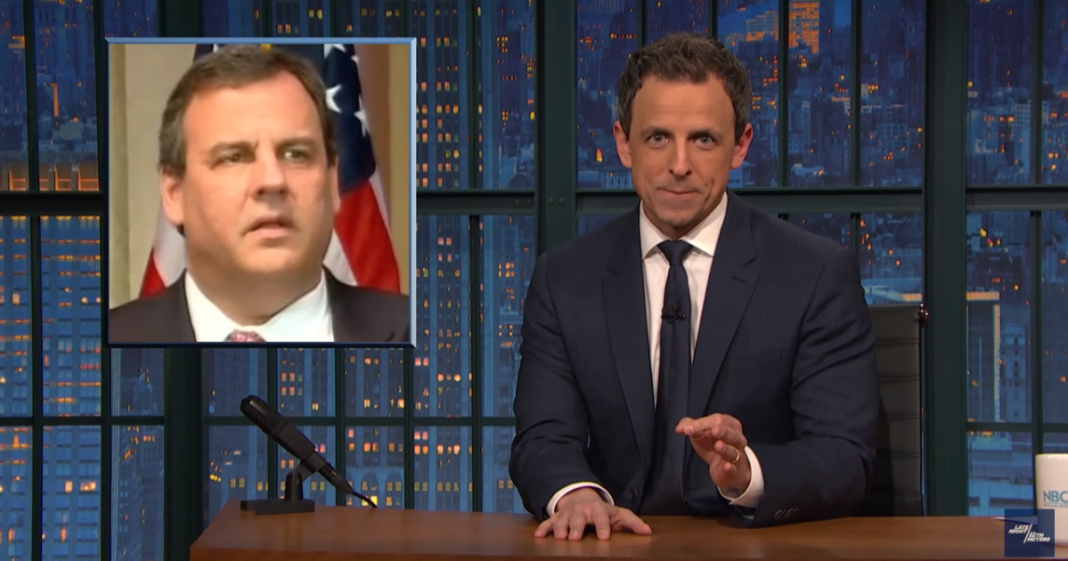 One of the most notable moments of Super Tuesday wasn’t a specific vote or call for a state, but rather Donald Trump’s victory speech and the appearance of lapdog Chris Christie who stood slack-jawed in the background for the entire show.

Twitter was driven into a frenzy as people questioned why Trump would choose to feature awkward Christie as his backdrop, rather than Trump’s family or even advisers. #FreeChristie began trending as individuals offered to start a Kickstarter to buy back Christie’s dignity and others tried to imagine what Christie might have been thinking during the long speech.

One of the most popular versions of this was a vine by NBC reporter Ronan Farrow.

Seth Meyers even weighed in on this dramatic shift from hotheaded Christie.