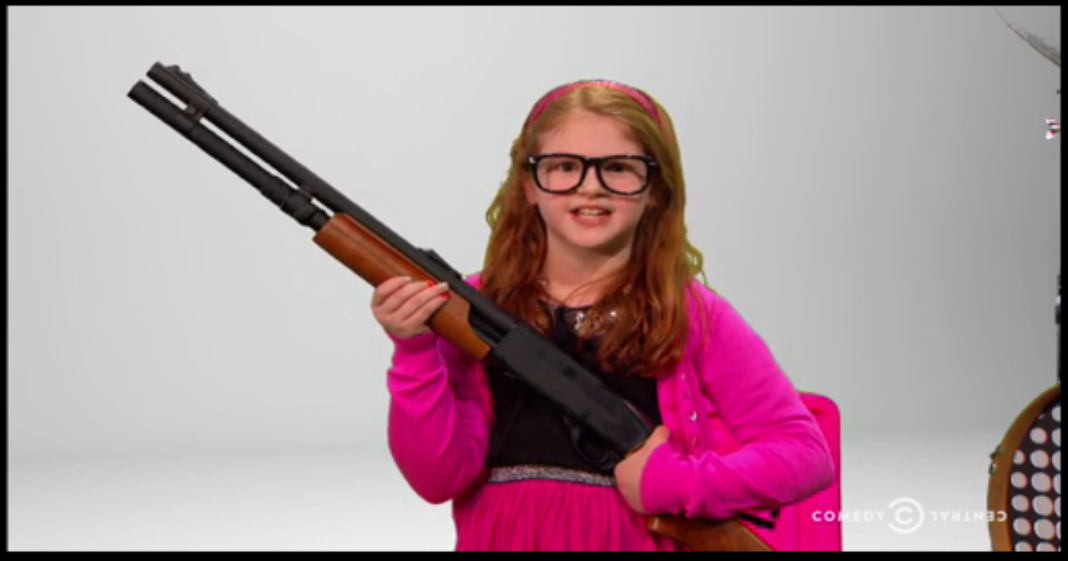 During a recent episode of Trevor Noah’s “The Daily Show,” the comedic host looked at Iowa’s bizarre and dangerous law which would allow children under the age of 14 to own and use handguns under parental supervision.

The law in the state had previously allowed the tykes to use long guns and rifles, but this is the first time that little Tommy can grab himself a glock for a bit of target practice.

Noah examines the absurdity of the fact that this is actual legislation that has been put forth in a rampant culture of gun violence.

“Just to get this straight: Some guy picked up the phone and called a lawmaker and said ‘Hey, uh, my kids need guns.’ And they were like, ‘Done!’ And every day in America there’s parents calling lawmakers saying, ‘Hey, my kids died because of guns.’ And they’re like, ‘Uhh, can you hold?’”