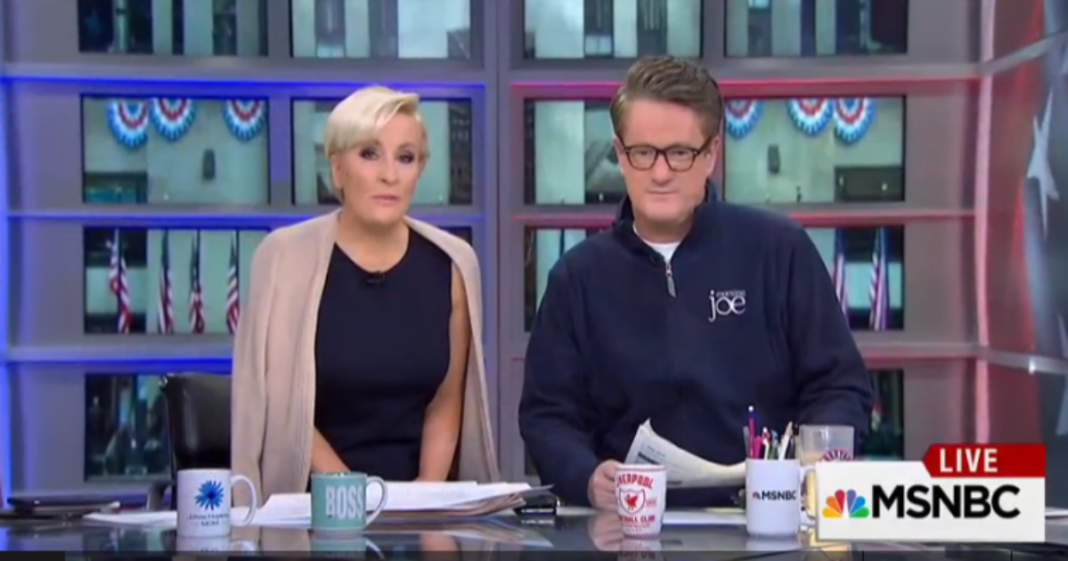 Any chance they get, hosts of MSNBC’s “Morning Joe” Joe Scarborough and Mika Brzezinski have jumped to defend their honor against those who insinuate that the conservative morning show is stumping for Donald Trump (despite the fact that they totally are). One such out-of-place defense came when the show brought on a Tea Party Senator Ben Sasse on Tuesday to discuss front-runner Trump. Senator Sasse maintained that he would not be voting for or supporting Trump no matter what and Scarborough got weirdly offended about it.

“Let’s first recognize that the Republican Party is just a tool, as all political parties are, and I signed up for the party of Abraham Lincoln, not the party of David Duke (and) Donald Trump.”

It was at this point that Scarborough got defensive and pushed the Senator to name a conservative candidate who could join the race this late and defeat Trump. Sasse said that he was not interested in doing that and felt that there were two viable alternatives already in the race. Scarborough wouldn’t take no for an answer and his aggression spurred Sasse to remark on media bias.

“What’s happened, over the course of the last five or six months, is a whole lot of people have had a lot of fun playing with Donald Trump’s reality TV show about our kids’ future.”

Scarborough turned what was an important inner-party discussion into another “We are toughest on Trump, we promise!” rant.