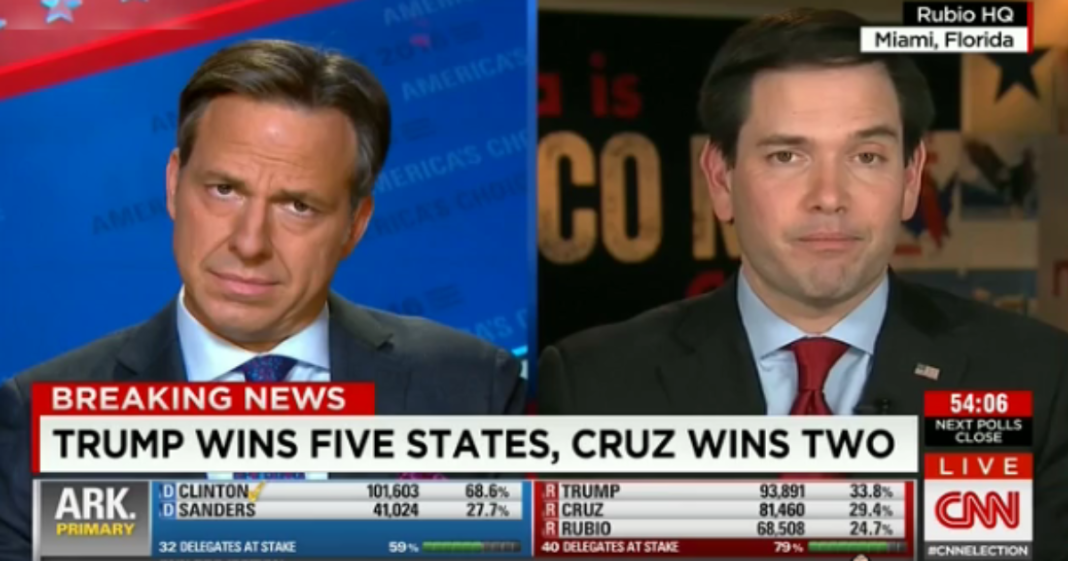 CNN host Jake Tapper is the sort of interviewer who sometimes has a hard time hiding his emotion, particularly when that emotion is skepticism. Tuesday’s interview with candidate Marco Rubio was no exception as Tapper got to the root of the issue and asked Rubio if he was in denial about the state of the election after he continued to insinuate that the American people were about to wake up and cast off the pall of Trump.

“Senator, you keep saying that, and he keeps winning states. And you’re talking about Virginia, and that’s another state that Donald Trump won. And I’m just wondering if there’s a certain amount of denial that you’re in about this race.”

Tapper’s face said it all as Rubio continued to deny his dire position in the race, having only won one state for the entire evening and coming in third place in most others. After Tapper ended the interview, he summed up Rubio’s campaign in just a few words.