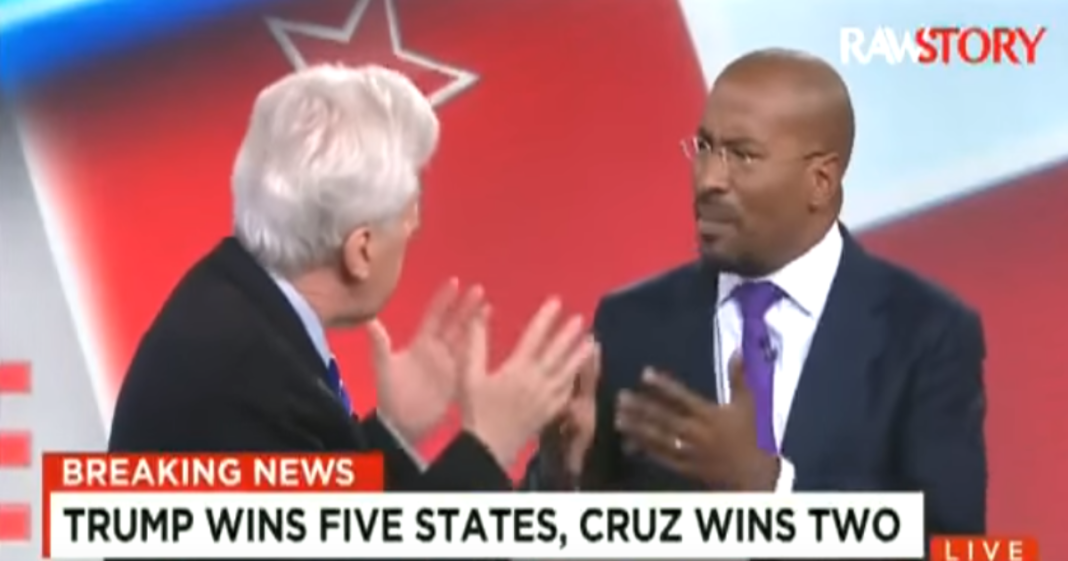 On Super Tuesday as the votes continued to roll in for Republican bigot Donald Trump, supporter Jeffery Lord attempted to defend racists remarks from his beloved candidate on CNN. Unfortunately for Lord, CNN commentator Van Jones was having none of his delusional ranting and rationally, and even lovingly, explained to Lord the damage he and his candidate were doing.

“When you do not acknowledge that he did not answer that question [about disavowing the Klan] with the passion he answered with other terrorist organizations, you do yourself a disservice, you do your candidate a disservice.”

Jones pointed out that while Trump has been unilateral in his condemnation of Muslims, terrorists, and Hispanic individuals, his hesitance to condemn white power groups was appalling and showed his deep hypocrisy.

“I know you, I trust you, tell Donald Trump for my children’s sake, for the children’s sake of America, if he’s going to lead this country, he needs to be as passionate about what has happened to people in my community as anybody else’s.”

While Lord continued to try to blame the KKK on left-wing politics (what?) and say that Democrats pander to minorities while Trump tells it like it is (what, what?), Jones’ astute and rational observations about Trump’s divisiveness is an incredible look into modern American politics and the danger we are all in.