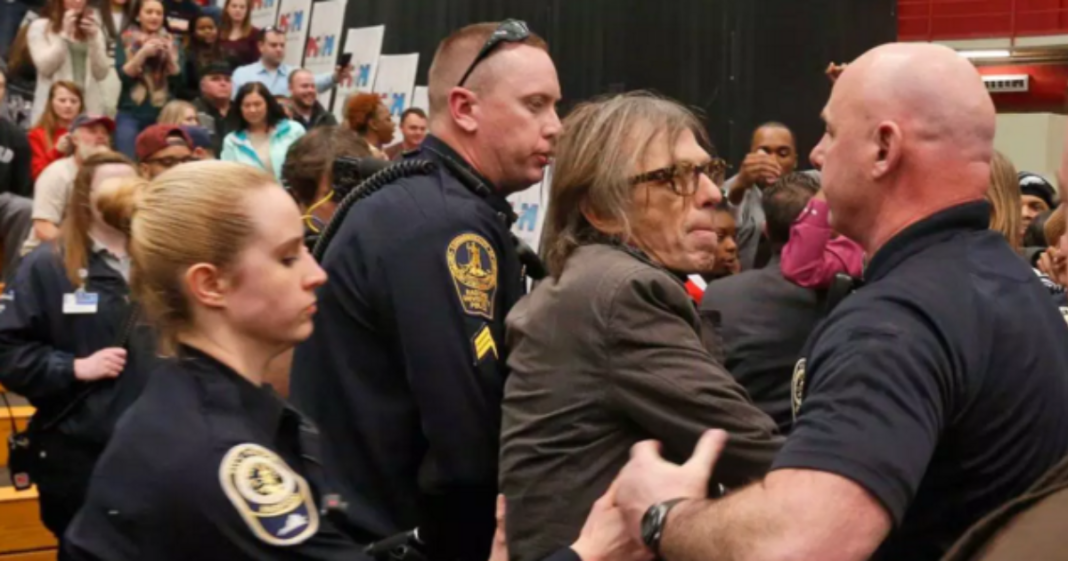 During a rally on Monday, a photographer from Time magazine found himself in a violent conflict with a Secret Service agent when he stepped outside of the media pen to photograph a group of Black Lives Matter protesters.

Time magazine photographer Chris Morris said that he stepped 18 inches outside of the pen when he was grabbed by a S.S. officer. Morris said that he was choked and slammed to the ground. Videos show the interaction, including Morris on his back attempting to kick the officer. After Morris got back on his feet, he put his hand on the officer’s neck, which he claimed he did to demonstrate what the officer had done to him.

Morris released this statement on the event:

“The rules at Trump events are significantly stricter than other campaigns and make it very difficult to work as a photographer, as many others have pointed out before me. I regret my role in the confrontation, but the agent’s response was disproportionate and unnecessarily violent. I hope this incident helps call attention to the challenges of press access.”

Trump is the only candidate who has a set “pen” for his media and he often uses the caged media persons as targets of boos and jeers at his rallies. When protests break out, Trump claims that it is the only time that the media likes to show Trump’s crowds.

As Trump recently made comments which indicate that he has no respect for the role journalists play and that he would be eager to sue and prosecute journalists for writing critical pieces, it is no surprise that such a violent interaction with the press broke out at one of his rallies.

Things turn crazy and violent at most recent Trump rallyA photographer was choked and body-slammed at a Donald J. Trump rally