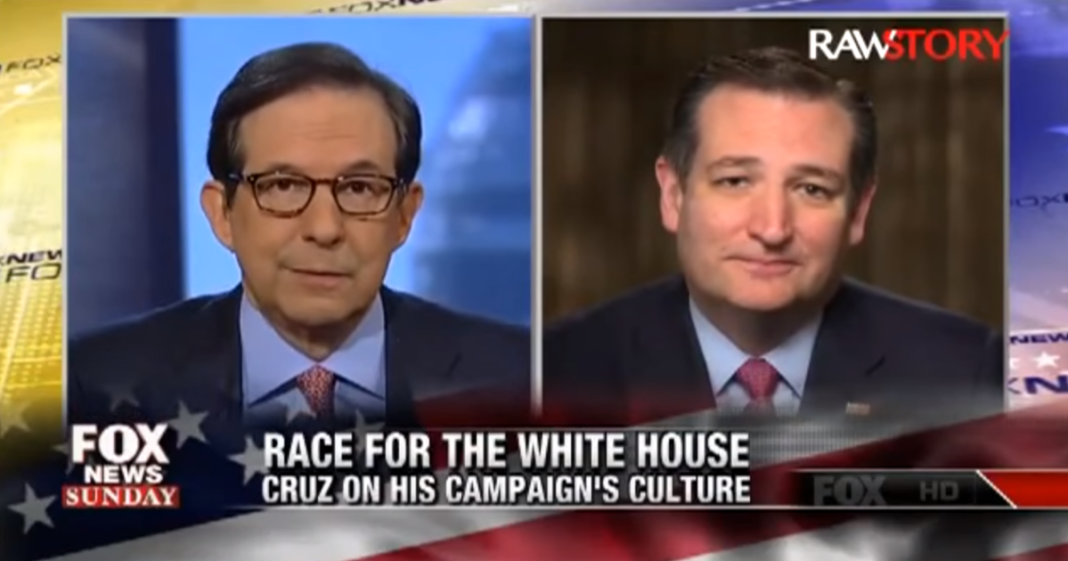 Last week ahead of the Republican debate, Senator Ted Cruz went head-to-head with Fox News host Chris Wallace who attempted to call him out on his so-called “dirty tricks” from the campaign trail. Cruz didn’t appreciate Wallace’s use of one of Trump’s signature phrases and he immediately went on the offense.

It is times like these when you almost begin to feel badly for the Republican establishment and its true base, but then you take a step back and remember that they did this to themselves.