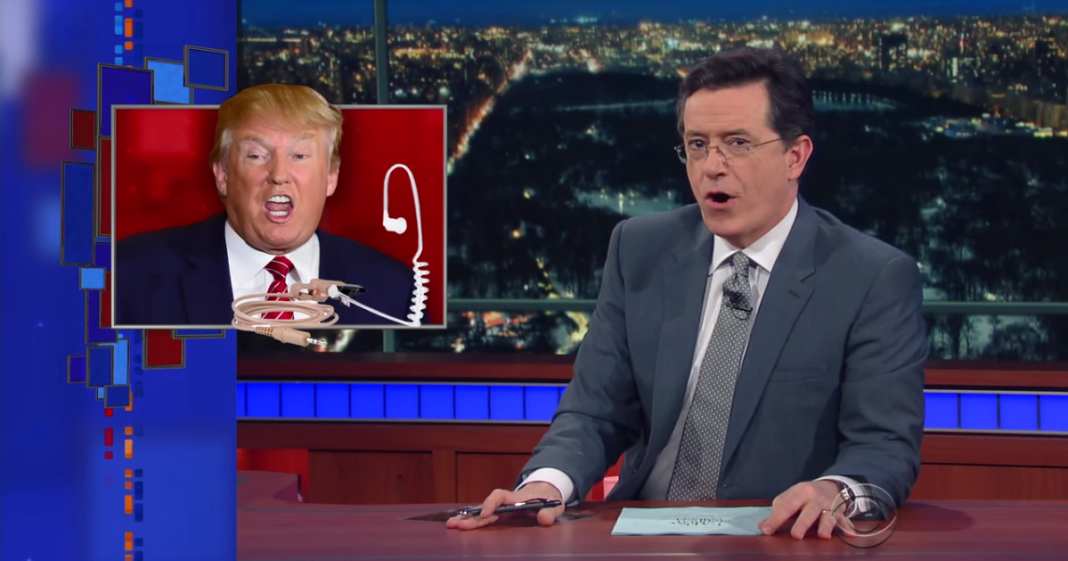 On “The Late Show with Stephen Colbert,” the host ripped into Donald Trump for waffling about whether or not he would disavow the KKK. Colbert had previously said that a question Hillary dodged about whether or not she had ever lied to the American people was the easiest question a politician had been asked. But now, Colbert remarked, he was giving that title to this question.

“Yeah, Trump needs to know before condemning David Duke or the KKK, it’s not like they’re Muslim or born in Mexico.”

“This is the easiest question to answer in American politics. When someone asks you, ‘Will you disavow the Ku Klux Klan?,’ just say yes and start high-fiving your future cabinet.”