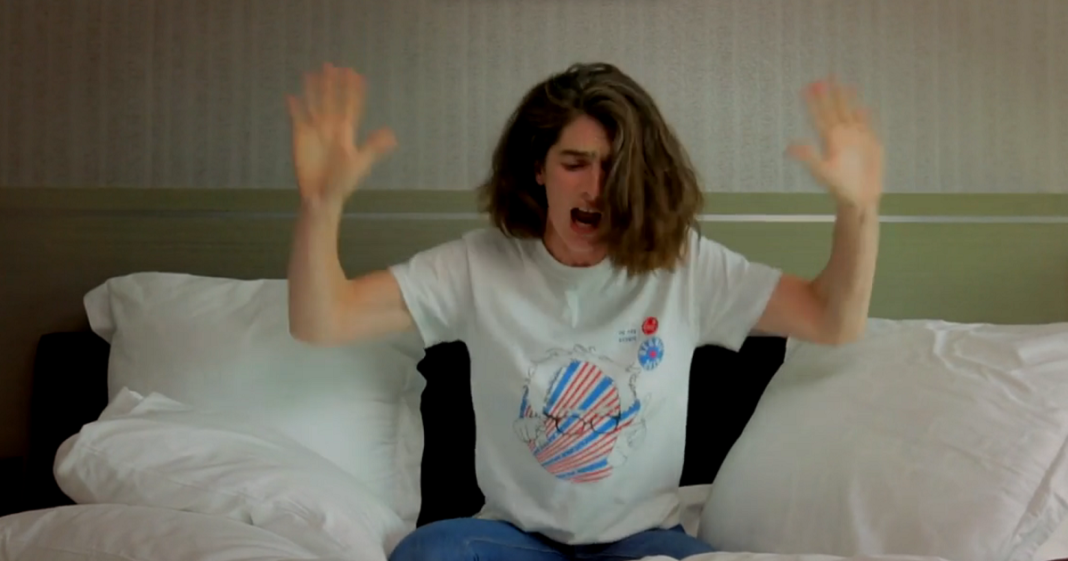 In a pro-Bernie Sanders advertisement released online, actress and feminist Gaby Hoffmann appeared alongside Benjamin O’Keefe in a campaign ad with MoveOn.org to advocate for removing money from politics.

In the clever ad, Hoffmann calls her congressman to demand that he move forward with a Supreme Court nomination but she quickly gets hung up by the requirement that all communications to the congressman should come from a corporation, and that any sort of political voice was going to cost a few million.

Hoffman’s frustration with the campaign finance system boils over until the woman is doing her best impression of the senator, spouting his famous line “the top one percent of the top one percent” over and over again.

It is a funny little commercial about a very serious issue. Watch.