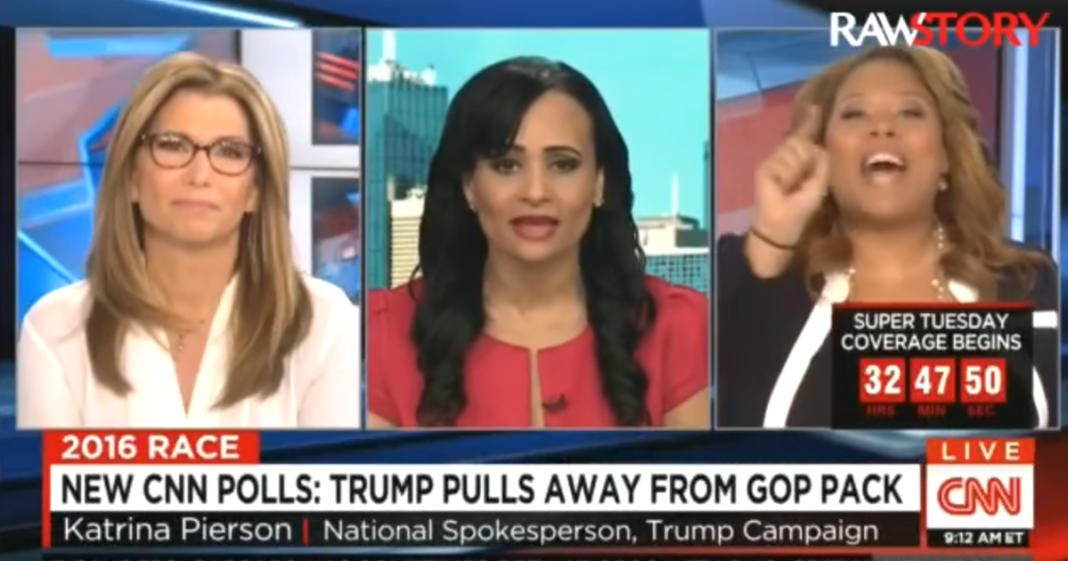 For too long, Trump spokeswoman and professional bullsh*tter Katrina Pierson has been allowed to lie and smooth over the countless gaffes made by Donald Trump on national television. Few things are more frustrating than when a network allows clear lies and misinformation to rule a segment with little done to check the facts.

Luckily, for one bright and shining moment, Pierson was no longer the angriest, loudest voice in the room as Republican strategist Tara Setmayer took Pierson to task over her candidate’s clear lies on Monday morning.

This rare example of strength in the face of idiocy came about as a result of Donald Trump’s comments about the KKK wherein he refused to disavow the group, claiming that he wasn’t familiar with it. Pierson attempted to lie and say that Trump was merely confused about the question since he had answered it before, but Setmayer wasn’t having any of it.