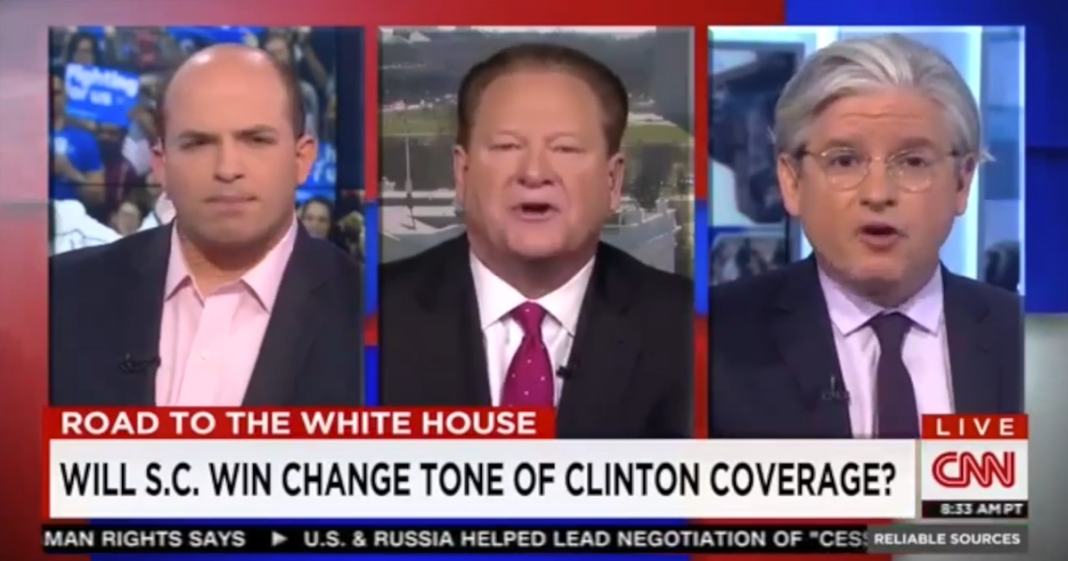 Host of the “Ed Show” on RT Network Ed Schultz appeared on CNN with Hillary super-fan and SuperPac president David Brock to discuss the significance of the primary results on the Democratic side so far.

Schultz argued that Senator Bernie Sanders is still very much in the race and that the most significant votes are yet to come.

“I think Bernie is in a great position right now. It’s not like he’s been rolled in all of these contests. He certainly won New Hampshire. He was expected to lose South Carolina. Seven hundred votes in Nevada. And two-tenths of one percent in and they haven’t even officially called it yet.”

Brock attacked Sanders for what he claimed was a “negative campaign” and argued that criticism like that leveraged by Schultz was doing the Republican work “for them.”

Here we have yet another “peacekeeper” who claims that they want to keep the peace in the Democratic party and not rock the Hillary-to-the-White-House boat (or should we say ‘yacht’?), but people like Schultz are not content to play along.