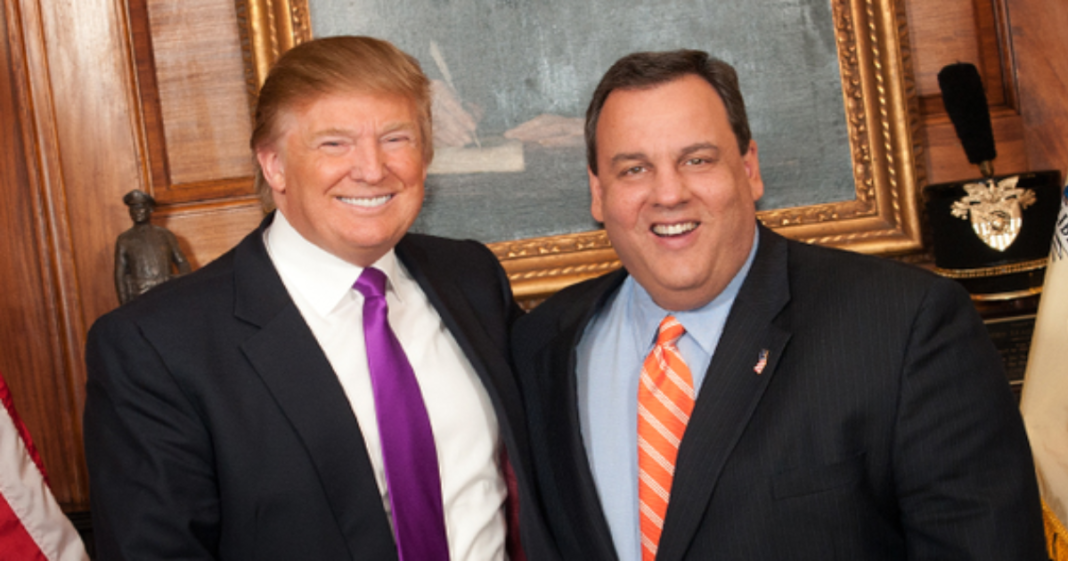 Those who supported New Jersey Governor Chris Christie in the presidential election did so because they thought he was strong in his convictions and not afraid of telling it like it is. He was, in a way, the precursor to Trump but without the deadly implications. Well, it turns out that the image of bullheaded Christie was just a facade because when Christie made the shocking decision to back Donald Trump, he rolled over and wagged his tail for the candidate.

Christie spoke at the Trump rally, giving a halfhearted speech where he said that Trump was the guy to beat Clinton in a general election. But once he did his little song and dance, Trump made sure he knew he was no longer needed. During a round of applause and a good-natured handshake-hug, Trump could be heard telling Christie,

“Get in the plane and go home. Go home. It’s over there.”

And Christie, like the spineless jellyfish he really is, nodded his head and got on the plane.