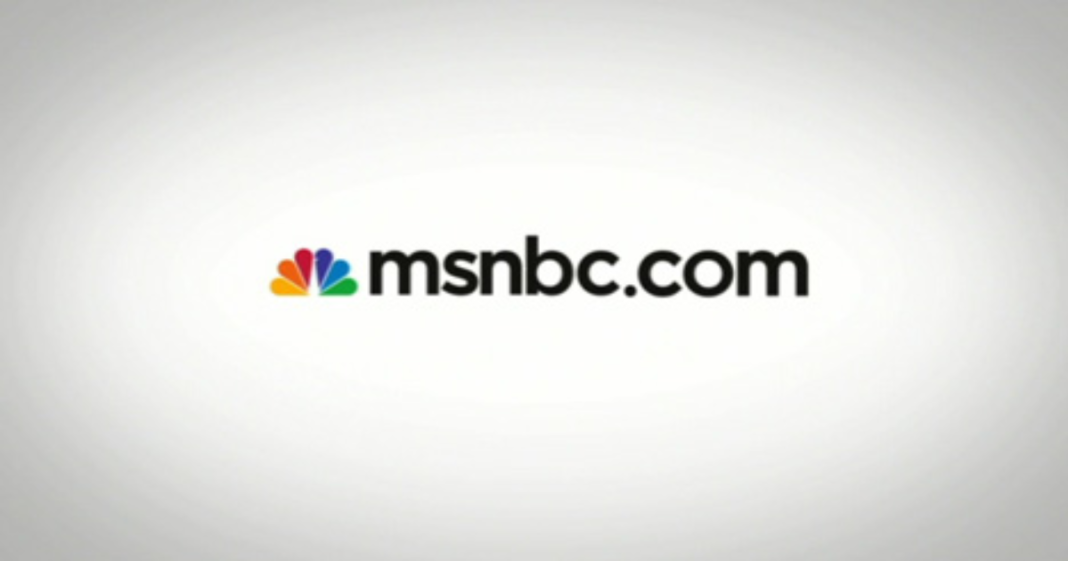 When Melissa Harris-Perry made the announcement on Friday to her “Nerdland” crew that she would not be appearing on her show on Saturday or Sunday, she made it clear that she did not want to be a token figurehead, existing only to protect MSNBC corporate heads from her questioning fan-base who had been asking about her absence for weeks. Harris-Perry stood up for her strong journalistic voice, and as a result, she will no longer appear on the network. The network found other faces to fill her timeslot and Harris-Perry is in talks with lawyers to negotiate an exit deal. She still has not spoken to the henchmen on the Third Floor. But this is just business as usual at the new Comcast-controlled MSNBC. It turns out that MSNBC had previously struggled to gain the sort of audiences they wanted with their true liberal commentators and hosts, and so they decided to scrap their integrity and head in a direction that just felt “right” – far right, that is.

Yes, before Harris-Perry there was Phil Donahue who enjoyed a wildly successful show for decades before NBC’s GE connections made the suits of the third floor more than a bit uncomfortable with Donahue’s strong anti-war message. Donahue claims that his severance from the network was also spurred by the jealousy of Chris Matthews who felt threatened by his success. Donahue claimed that NBC’s network constantly controlled his content, having him bring on two conservative guests for every liberal one.

Then there was Keith Olbermann who ushered in an era of prosperity that MSNBC had never before seen and whose journalistic style inspired the likes of Rachel Maddow and Chris Hayes. Olbermann enjoyed success on the show for years, though often waffled back and forth between MSNBC and ESPN. During the Monica Lewinsky scandal of 1998, Olbermann remarked that his work at MSNBC would often “make [him] ashamed, make [him] depressed, make [him] cry.” Olbermann was suspended in 2010 for donating money to three Democratic candidates which MSNBC claimed violated a contract requiring employees to gain approval from the network before donating to political campaigns. If Olbermann had given his money to a more acceptable right-wing candidate, no doubt MSNBC would have been pleased. Shortly after, Olbermann’s show was canceled with no comment from the third floor.

In 2013 it was Pakistani-British journalist Martin Bashir who felt the sting of a changing network at MSNBC. Bashir made very inappropriate remarks about Republican Sarah Palin. Though he apologized sincerely and took an extended leave, he was let go from the network. The network was clearly under a lot of pressure, and no matter how sincere Bashir’s apology was, the men on the third floor wanted blood.

Valuable liberal commentator and labor advocate Ed Schultz was at MSNBC from 2009 to 2015 before being unceremoniously axed along with various other shows in an overhaul of the network’s daytime television. Trading valuable commentator shows for more “live breaking news” and Republican pandering weenies like Chuck Todd, Schultz found himself undervalued and dismissed. Schultz most likely put himself on the bad side of the third floor and corporate interests as he refused to back down from his principles. Schultz was an open critic of the Trans-Pacific Partnership, a deal from which MSNBC owners Comcast stand to profit. “The Ed Show” served as a springboard for several careers for commentators who later were given their own show on MSNBC.

In the same moment that MSNBC eliminated Ed Schultz from their lineup, they also canceled the popular Generation-X-appealing show “The Cycle” despite its leading ratings in the demographic. Hosts Krystal Ball, Abby Huntsman, and Toure were all shown the door. “The Alex Wagner” show with host Alex Wagner was also axed.

The Reverend Al Sharpton also got the axe from MSNBC, taking away his prime-time weeknight show and giving him instead an 8 a.m. Sunday timeblock. Though this was a dramatic demotion, Sharpton claimed he was more than happy with the change, saying that the new slot would allow churchgoers to watch before they went to church. No doubt, MSNBC figured that this prominent liberal activist would be less of a problem in the early Sunday morning slot.

Yet another victim of MSNBC’s identity crisis was host of “The Reid Report” Joy Reid, who was well-respected for her high journalistic integrity. Reid’s show was one of the several eliminated from the daytime lineup to make room for more “breaking news” shows as a part of the shift from personalities and political opinion shows to “hard” news. Reid was kept on at the network in a lesser-role as a national correspondent.

In the same breath that Reid was cut out of her timeslot, so was “Ronan Farrow Daily,” hosted by Ronan Farrow. Farrow was brought to the network with the hope that he could take the role as the cool braniac who appealed to millennial viewers. Apparently the result was not what MSNBC wanted, so he, too, was cut out for more of the same. Like Reid, Farrow was kept on at the network as a correspondent.

While she never had her own show, MSNBC contributor Goldie Taylor also found herself being pushed out of the network in 2014. Though she nor the network ever said who initiated the end between the two, social media posts by Taylor indicated that she was not the one who made the call. A fan expressed their heartbreak at the news while tweeting to Taylor, remarking that they were sure she had a backup plan in place. “I don’t,” Taylor replied. Taylor appears to be doing much better these days as she serves as Editor-at-Large for popular site The Daily Beast.

So who is left? Very few if you still seek out MSNBC for their liberal content. Chris Hayes, Rachel Maddow and maybe a couple of others. There have been rumors for over a year that Hayes’ show is on the way out as well, so when that happens we will know all-too-well why. Of course King and Queen “Morning Joe” now reign supreme, the conservative hosts shilling for Donald Trump daily. Chris Matthews’ “Hardball,” too will remain as long as he continues to show strong bias and sticks to the corporate heads’ talking points.

Yes, this is the final nail in the coffin for a once-valuable network. Corporate media is valueless, and MSNBC joins the graveyard.