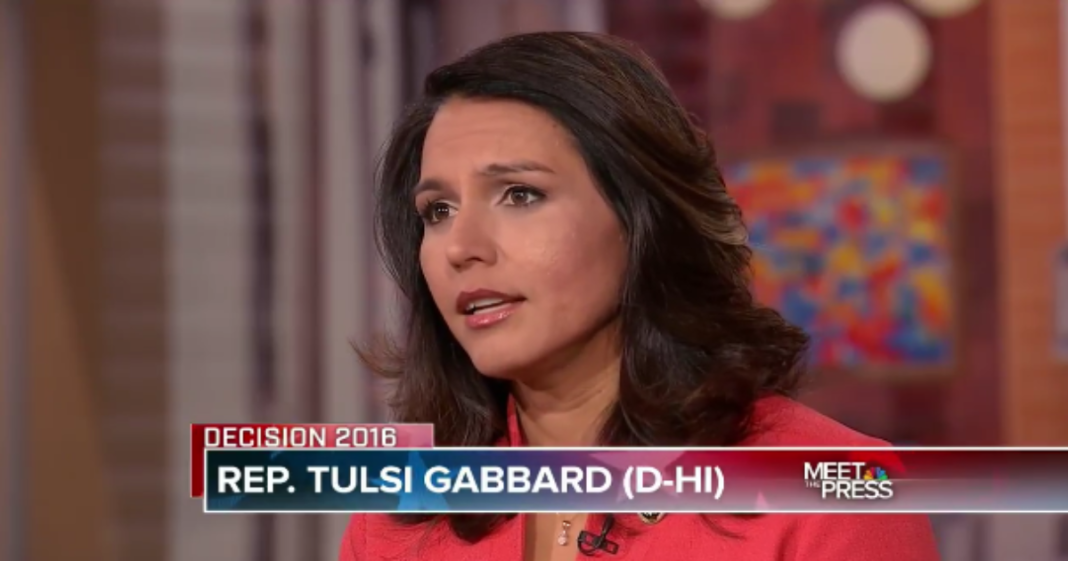 Bernie Sanders has just received an important foreign-policy endorsement in Hawaiian Representative Tulsi Gabbard. Gabbard, who had to resign from her position as Democratic National Convention Vice-Chair in order to endorse the Senator, cites her military experience as one major motivator for putting her support behind Sanders.

“As a veteran and as a soldier, I’ve seen firsthand the true cost of war. I served in a medical unit during my first deployment where every single day I saw firsthand the very high human cost of that war. I see it in my friends, who now a decade after we’ve come home, are still struggling to get out of a black hole”

Clearly, Gabbard feels strongly about her endorsement of the Senator since it cost her a valuable position in the Democratic party. Hopefully this support will bolster the belief that Sanders is capable of leading the nation as Commander In Chief and not just the champion of domestic issues.