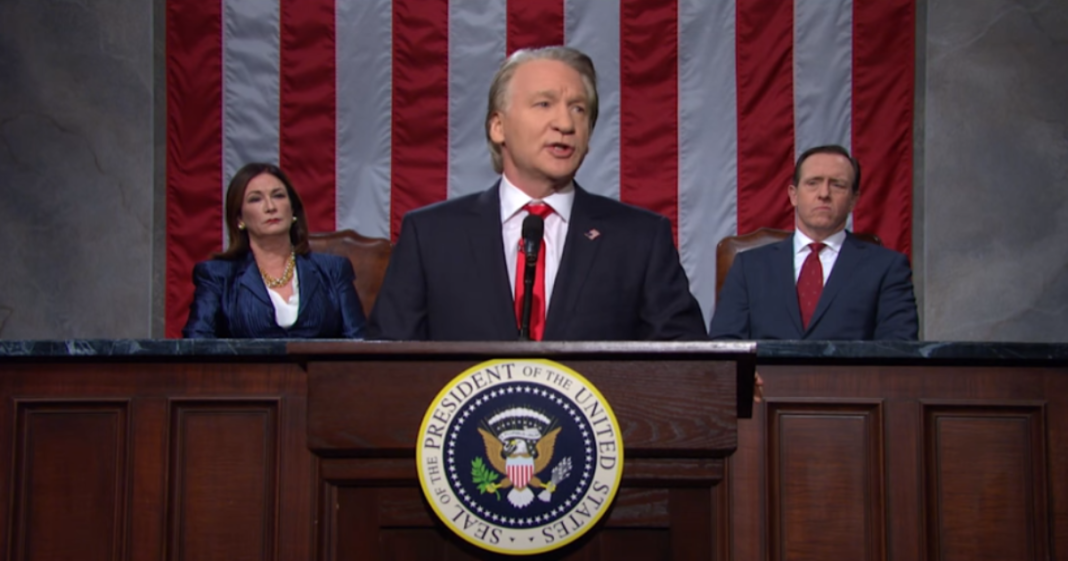 It may not be a long-haired presidential Terry Crews shooting a machine gun and giving an address in the form of a gospel song, but Bill Maher gave us a version of the Idiocracy presidency we face if we continue to praise governmental leaders for using profanity.

“Sure, Dick Cheney once told a senator to go fuck himself. And Joe Biden called Obamacare a big fuckin’ deal, but those comments were off-mic, not intended for public consumption. But when Andrew Dice Trump speaks, he doesn’t even try to clean it up.”

The following video has a lot of profanity. A whole lot.