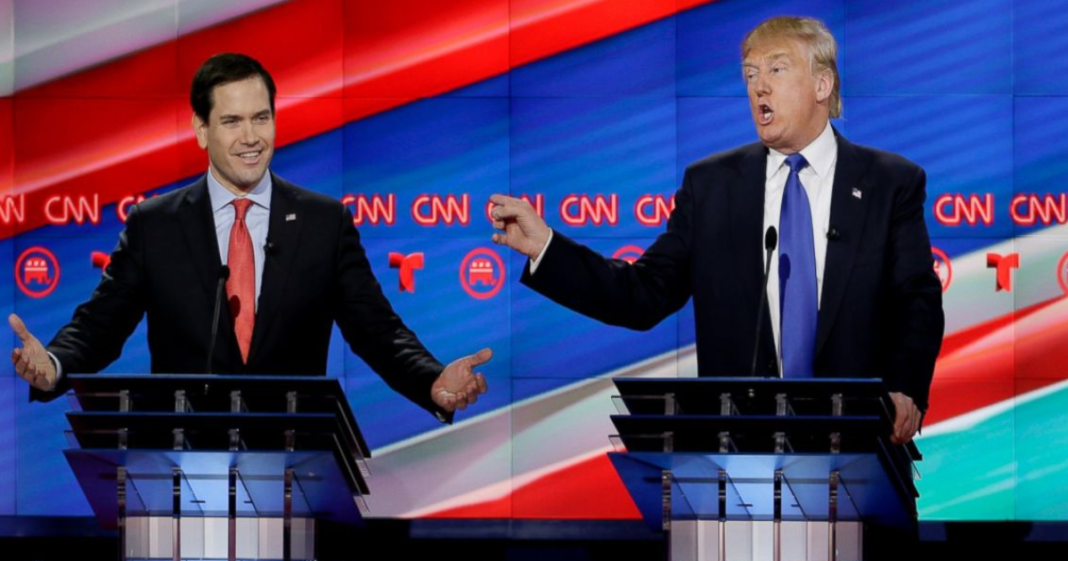 The last 24 hours have been a real thrill-ride for those who are on the GOP’s Wild Ride, with Trump and the Punk going head to head since Thursday night’s debate.

During the debate, Cruz and Rubio teamed up to take on Trump, waging the strongest attack against the front-runner so far. But it was Rubio that carried the anti-Trump baton through Friday as he mocked Trump’s misspelled tweets and said that the candidate may have wet himself during the previous night’s debate.

Trump shot back by dominating the airwaves with a surprise Chris Christie endorsement and then using airtime to throw water all over the stage mocking Rubio’s early water gaffe.

The race has really devolved to a whole new level of low, but it’s hard not to enjoy it at least a little bit from the relative safety of the Democratic party. That is, until you remember that one of these crazy people will be trying to become president once they’re done tearing each other apart.

Audience eats up Rubio vs. Trump at GOP DebateMarco Rubio was on the attack against Donald J. Trump all night at the #GOPDebate

Rubio and Trump spar during GOP DebateBoth Donald J. Trump and Marco Rubio accused each other of being too repetitive at the #GOPDebate