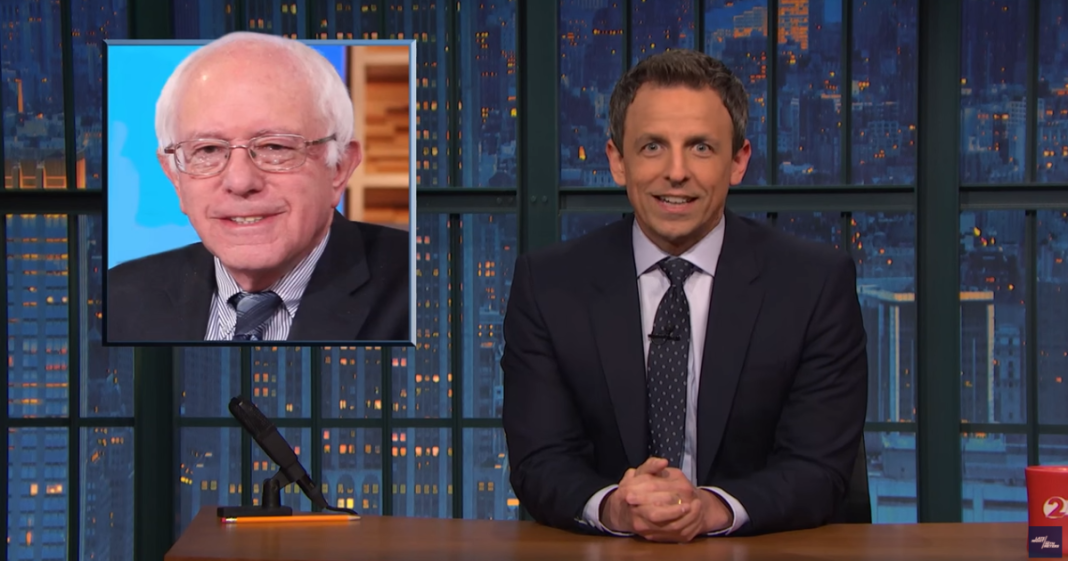 Both Bernie Sanders and Donald Trump are particularly eager to run against one another in the 2016 race, so Seth Meyers imagined what that sort of race would look like.

Meyers pointed to recent polls which show Bernie beating Trump in a general election and exclaims that he would love to see what would happen if Trump lost to Bernie Sanders, of all people.

“Honestly, watching them run against each other would be worth it just for the fit Trump would throw if he lost to Bernie.Trump has a private jet with his name on it; Bernie doesn’t even know the type of car he owns, he just knows it’s the smallest one.”