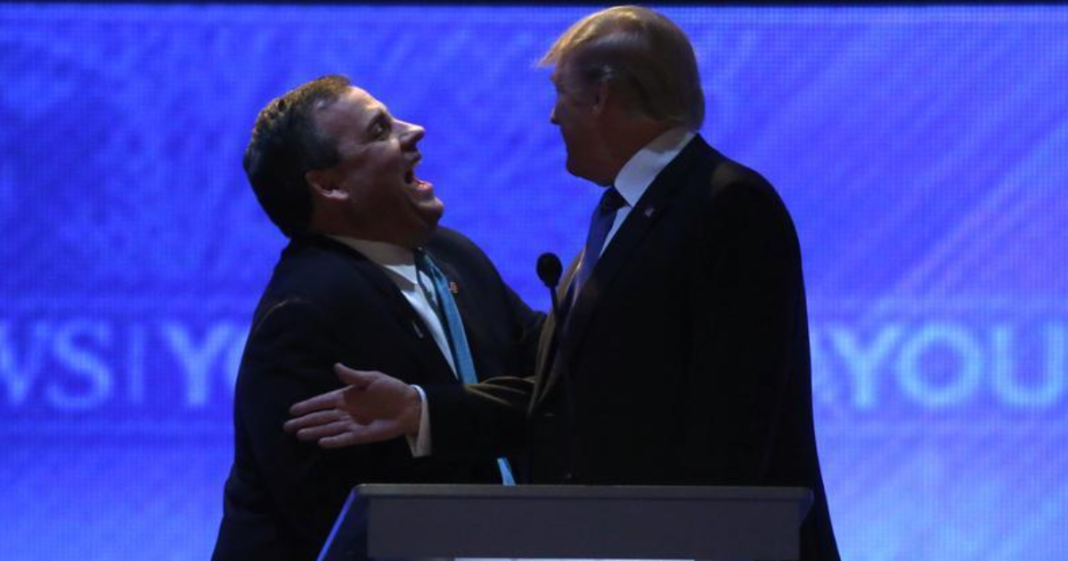 Did anyone expect this? Out of nowhere, New Jersey Governor Chris Christie came out in support of Donald Trump on Friday, saying that Trump is the most prepared to be president.

Donald Trump had alluded on his Twitter account on Friday morning that he would have a big announcement during his Forth Worth, Texas conference, but no one knew that he meant it quite so literally. Christie appeared on stage alongside the candidate and announced his endorsement.

“There is no one who is better prepared to provide America with the strong leadership it needs than Donald Trump. He’ll provide strong unequivocal leadership [and] create jobs for this country. Trump is rewriting the playbook of American politics.”

Is Christie hoping to be made Trump’s running mate? If so, it would be the rudest campaign duo in American history.