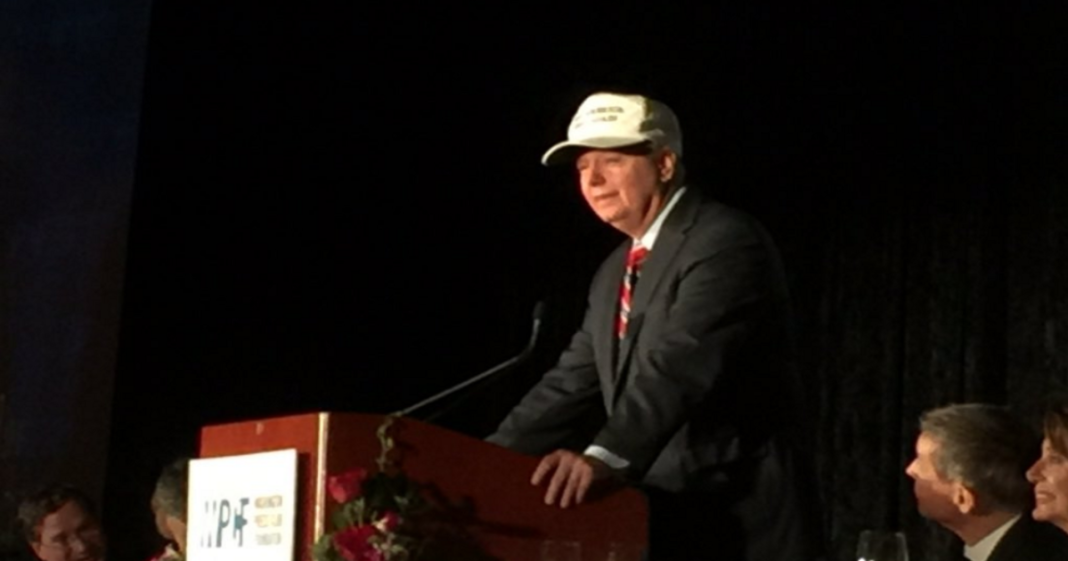 When failed presidential candidate Lindsay Graham spoke at the Washington Press Club Foundation’s dinner this week, attendees expected some lighthearted jabs and jokes directed at himself and the party as a whole. What they got instead was a slew of darker-than-expected jokes which showed that Graham had lost all hope in his party.

“The most dishonest person in America is a woman who is about to be president. How could that be? My party has gone batsh*t crazy.”

“All I can tell you is that if we don’t win this election, when are we ever going to win one? That’s not meant to be funny. A good Republican would defend Ted Cruz after tonight. That ain’t happening. If you killed Ted Cruz on the floor of the Senate, and the trial was in the Senate, nobody could convict you.”

“I know I’m supposed to be funny, but I’m not really happy about where the country is right now – I could make a million Donald Trump jokes, and I have, but our party and our country is going to have to up its game – you’re going to have to ask him hard questions, and I don’t mean to turn a funny thing into a serious thing — but anytime Mitt Romney thinks you should turn over your taxes, we’ve probably given him (Trump) a pass.”

It’s sad to see delicate Graham so upset about the crumbling all around him, but any Republican that has been complicit  in letting things get this bad is just as guilty.